Underdogs tag no problem for McCleary 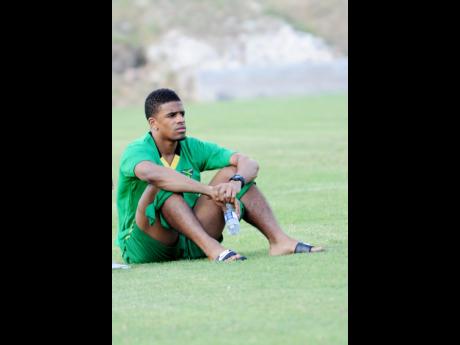 JAMAICA, for some, have no chance of making it past the first round of the CONCACAF Gold Cup.

For wide midfielder Garath McCleary and his teammates, that's no problem.

"We've been underdogs in every game since Copa America. I've read that we were gonna come out with no more than two points in this group, and we've already got four, so we'll just play to the best of our ability and see what happens," he said, admitting it has motivated them even more.

"It's good," he noted of the added impetus. "We've got high expectations of ourselves. If everyone wants to think we won't go very far, let them think that, but we'll continue to prove them wrong as we already have in two games in the Gold Cup."

In both games, McCleary has been hot with a goal and assist to back up some effective dribbles and crosses from the flanks, the last of which was met by a Rodolph Austin header in injury time to hand Jamaica a 1-0 over Canada in injury time at Houston Saturday in their last match.

"Jubilation," was how the English Championship team Reading FC winger described their emotion after Austin's winner at the death last match. "I think you can tell by everyone's celebration; everyone was celebrating with Rudi, even the whole bench celebrated."

Boyz atop Group B

The win, added to the goal he scored in Jamaica's 2-2 draw against Costa Rica, has placed the Reggae Boyz atop Group B on four points, two more than Costa Rica and El Salvador, while Canada are bottom of the zone with a point.

Group action continues later, with Jamaica facing El Salvador in the opening match of a double-header at BMO Stadium here at 6 p.m. (5 p.m. Jamaica time), with the others kicking off at 8 p.m. (7 p.m. Jamaica time).

"It'll be a good game," the 28-year-old McCleary assessed after training here yesterday. "We've played El Salvador in the past. I've been seeing their games as well. It'll be a tough game, as every game we've played has been, but we've just got to have confidence in our ability."