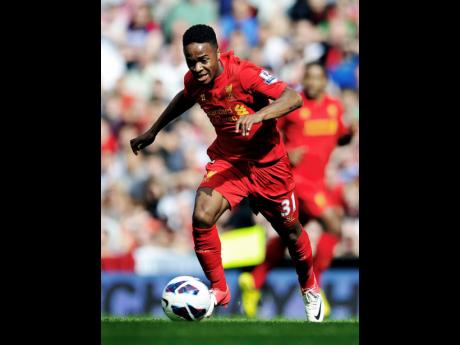 British Police are investigating threats against Jamaica-born English footballer Raheem Sterling, who is on the verge of an expensive transfer from Liverpool to Manchester City.

Sterling's transfer has been a major talking point in the British press after Liverpool initially said it would not sell him, even after the winger turned down a new deal

Police have confirmed that they are investigating Twitter threats made against Sterling and his three-year-old daughter after news of his imminent switch from Liverpool to Manchester City were announced.

"The language used in these tweets is abhorrent," a police spokesman said in the Liverpool Echo.

"We are taking the incident extremely seriously and an investigation by detectives in Liverpool CID is ongoing."

Liverpool arrived in Bangkok on Monday on its pre-season trip to Thailand, a day after the club reached a deal with City to sell the 20-year-old Jamaican for £49 million (US$76 million).

The size of the transfer fee is expected to make Sterling the second most expensive British footballer behind Gareth Baile.