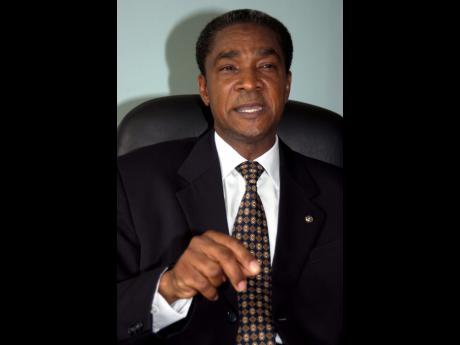 The Insurance Company of the West Indies (ICWI)/

KSAFA 2015 Under-13 and Under-15 competitions will kick off this Saturday and Sunday, respectively. This was announced at the launch of both tournaments at the ICWI head office in New Kingston yesterday.

Teams are divided into four groups, by geography. Allman/

The Under-13 competition kicks off on Saturday with four games in Zone C at Seaview Gardens playfield starting at noon. In the opening game, Whitfield take on Arnett, then Olympic Gardens face Boys' Town, Greenwich Town will play Molynes in the third match and Maxfield go up against Seaview in the feature game at 4 p.m.

In Zone B action in the Under-15s on Sunday, Central Kingston play Tivoli at 2:30 p.m. and Browns Town take on Rockfort at 4:30 p.m. at Vauxhall High School. While at Bull Bay, Harbour View entertain New Kingston and Bull Bay take on Rockfort.

Meanwhile, KSAFA president, Stewart Stephenson, noted that both tournaments were compulsory for all the association's 34 clubs, and that it provides an outlet for more than 2,000 young boys to positively occupy themselves throughout the summer holidays.

ICWI vice-president, Samantha Samuda, said they were proud to be title sponsors for the competitions as it ties in with their mandate of early-childhood development.

"We want to make a tangible contribution in the lives of our young people, who are our future," she said.