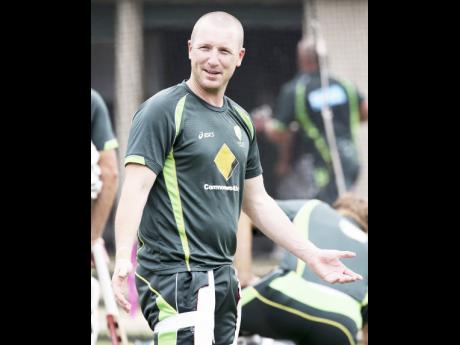 Vivian Spence led the way for the home team with 24 points, which included six three-pointers. Kwame Lawrence got 21 and Fernando Young 12.

Arnett Gardens can wrap up the series and seal their place in the championship game with a win over their opponent in Game Two tomorrow.

Football's world governing body FIFA is threatening to penalise the Dominica Football Association (DFA) if it proceeds with plans to resolve a dispute in the local court.

FIFA's Ethics Committee member Primo Corvaro issued the warning after former president Dexter Francis brought the DFA to court over wages and the legality of Glen Etienne as president of the DFA.

Francis raised his legal challenge three days before the

delegate's' election scheduled for June 27, forcing the event to be pushed back to August 1.

"In the future, after the election, should there be any football stakeholder going to any ordinary court, he must be sanctioned, and should there be any decision from any judicial authorities imposing something on the DFA, the case will be taken seriously by FIFA and CONCACAF, meaning that sanctions will come," warned Corvaro as he met with the press late Monday.

Haddin out of second Ashes Test

Team media manager Kate Hutchison says the 37-year-old Haddin has "withdrawn himself" from the Lord's Test, which starts tomorrow.

Haddin is not returning to Australia.

His place in the team in London will be taken by reserve wicketkeeper Peter Nevill, who is uncapped in any international format.