Bolt will be ready in Beijing, says Gatlin ... American doesn't think Jamaican star is avoiding him 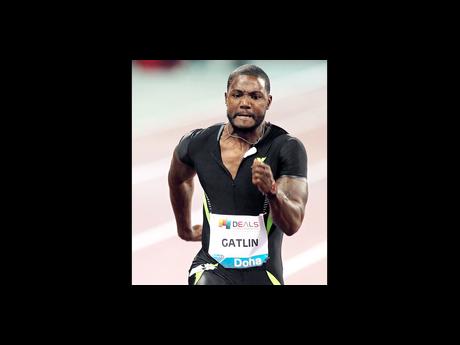 File Photo
Justin Gatlin ... "Do I think he [Bolt] is deliberately avoiding me? I don't think so. I think he is a great showman, he's the kind of guy that will wait until when its right ... ."

MONTE CARLO, Monaco:
In-form American sprinter Justin Gatlin says he does not think that Jamaican star Usain Bolt is avoiding him and backs the 100m and 200m world record holder to be at his best at next month's IAAF World Championships in Beijing, China.

The American also downplayed the importance of an IAAF rule change that would make him ineligible for the Athlete of the Year award because of his doping history.

Bolt on the other hand has been struggling with injury for much of the season ending to withdrawals from the recent Paris and Lausanne Diamond League meets.

However, Gatlin is expecting the six-time Olympic champion and reigning double sprint world champion to turn up in top shape in Beijing, where he expects a spectacular race between the two.

"Do I think he [Bolt] is deliberately avoiding me? I don't think so. I think he is a great showman, he's the kind of guy that will wait until when its right and hopefully Beijing and the 100m finals or the 200m will be the right time for us to put on a spectacular show," Gatlin told reporters during a press conference at the Fairmont Hotel a short time ago.

"I believe that he [Bolt] will be fit, he is the kind of guy who can show up on the day. He has said that he is not worried about off years or one off races, he is worried about winning the gold and so you have to definitely pay attention that he is coming for the gold medal," Gatlin added.

The IAAF Council passed a rule last November that outlines that athletes who were found guilty of doping offences - like Gatlin has been, would not be eligible for its end of season awards.

Gatlin, however, said he wasn't bothered by the change underlining that his focus is on winning medals and not awards.