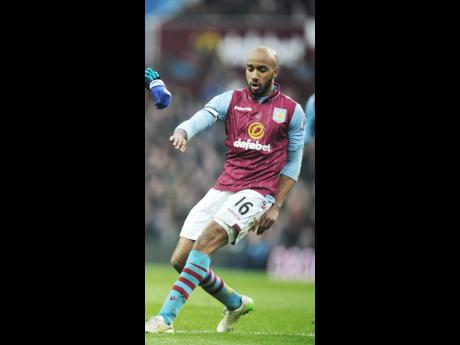 England midfielder Fabian Delph signed a five-year contract with Manchester City yesterday, less than a week after telling Aston Villa fans he was staying with the Premier League club.

Delph completed a medical and will fly to Australia to join his new teammates on City's preseason tour.

The 25-year-old Delph denied last weekend that he was leaving Villa, saying in a statement: "I'm staying at the football club and I can't wait for the start of the season and captaining this great football club."

He released another statement yesterday, saying his U-turn was the "hardest decision I've ever had to make".

"My decision to stay initially was purely based on the emotion and feelings that I hold for the club and the people there that I would be walking away from - rather than looking at the football opportunity that had been placed in front of me," Delph said.

Delph said he owed it to himself "to take the challenge of playing for one of the biggest clubs in the world in Manchester City".

Delph played 128 games for Villa, scoring eight goals. He made the first of his six England appearances against Norway in 2014.

City manager Manuel Pellegrini said Delph "still has his best years ahead of him".