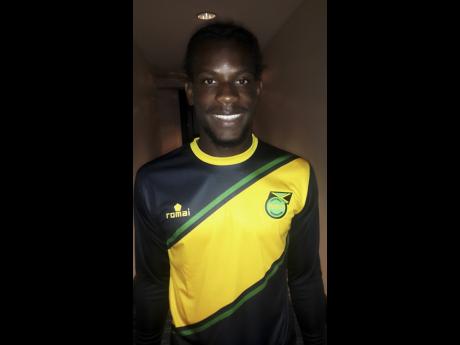 The 22-year-old, who is based in Fort Lauderdale, is one of two players summoned to join the Reggae Boyz in competition after central defender Jermaine Taylor picked up a tournament-ending injury and fellow defender Alvas Powell turned his back on his country by walking out of the team prior to its departure Wednesday from Toronto, Canada.

"It's a great experience to be among every player who is on this team and to come here and hear about the unity, it's amazing, just to be a part of that," said McFarlane, a member of the national Under-23 team.

He arrived at the team hotel close to midday, just about the time the Boyz were wrapping up their final training session for today's quarter-final match against Haiti at M&T Stadium, which begins at 8:05 p.m. (7:05 p.m. Jamaica time).

The match will be preceded by the USA-Cuba matchup, which kicks off at 5 p.m. (4 p.m. Jamaica time).

"I'm looking forward to it a lot," McFarlane said of the team's fixture. "This is another open door for me, it could be the beginning of many things to happen."

The other player who has called up to Winfried Sch‰fer's 23-member squad is Omar Holness, who has captained junior national teams through various levels and is now in the Under-23 unit.

Holness, who captained Wolmer's Boys' School in the Manning Cup, was due to join the squad later yesterday.