'We are not going to die' 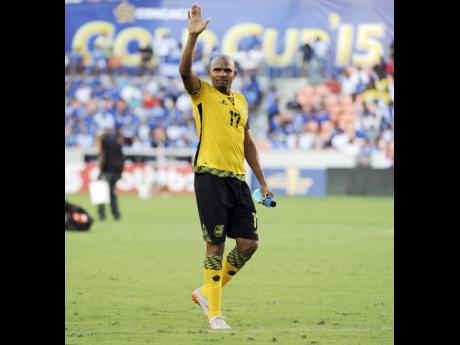 IT'S DO or die time at the CONCACAF Gold Cup.

"We've to do because we're not going to die."

That's the charge from Jamaica's 150-percent man, central midfielder Rodolph Austin, who will lead his team into battle against Haiti at 8:05 p.m. (7:05 p.m. Jamaica time), in the feature of a quarter-final double-header at Baltimore Ravens' M&T Bank Stadium today.

Both matches must be conclusive, with the winners moving to Tuesday's semi-finals in Atlanta. So, if the scores are tied after regulation time then there will be extra-time, and penalties, if necessary.

Jamaica, which is ranked 76th, were dominant with 1-0 wins over Canada and El Salvador, plus a 2-2 draw with Costa Rica, to win Group B with seven points.

"It's another game we just have to go out there and win. It's a knockout game and we're looking to advance. That's our aim," Austin said.

"We're focused. We've a strong group of players and we're well, so we've to focus. At the same time, Haiti are a good team and whenever you meet up your Caribbean opponents they play their best game. We just have to have that in the back of our minds."

Both teams will be missing players originally chosen for the tournament.

Two Haiti players walked out on their country, which is ranked 79th. The Haitian Football Federation has since requested FIFA to ban them from playing for their clubs.

"Definitely we'll miss them. But at the same we have players who'll have to step in and prove themselves. That's why we bring 23 players to the tournament," the captain said.

"When Taylor got injured the other day Michael Hector came on and did very well, so it's one of those things where other players have to step up to the plate and show what they can bring to the team."