The 400m was Taylor-made 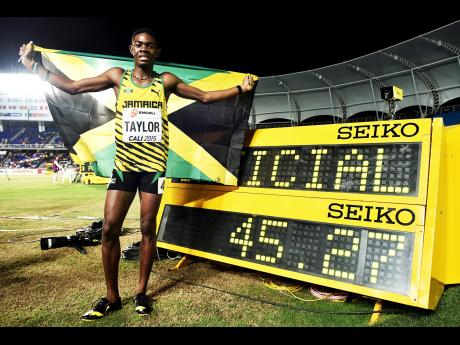 Winning gold, rather than going after a world youth record, was uppermost in Christopher Taylor's mind on Friday night.

He said after the race that he was more focused on winning the race to ensure that Jamaica was able to hold on to its WYC 400m title than he was on taking the record.

Friday's race could have been scripted before it even began. The 15-year-old gave Jamaica its first medal of the championships in a time that was his personal best and his second world youth leading time here this week.

He had posted 45.30 seconds to advance from the semi-finals on Thursday.

The athlete started the race in measured paces, but heading into the final 150m, the United States' Josephus Lyles took a slight advantage and Taylor was forced to dig deep to hold off the American.

"I did not expect to run that fast. I went that extra to come home as I know I had trained for it, so I just did what I had to do," Taylor told the Sunday Gleaner.