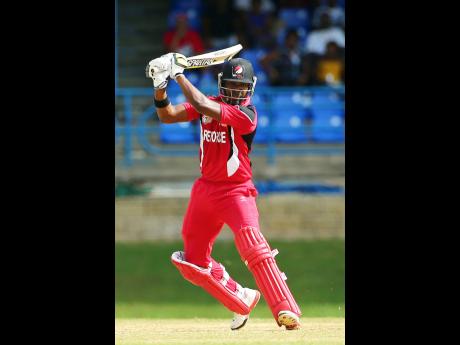 Trinidad and Tobago Red Steel defeated St Kitts and Nevis Patriots by 18 runs by the Duckworth Lewis method to improve their standings in the rain-affected 28th match of the Caribbean Premier League yesterday.

Chasing a revised target of 142 for victory, Patriots stumbled to 123 for seven from 14 overs after Red Steel posted 134 for five from the same number of overs in a match truncated because of two major rain delays.

Jacques Kallis again steered Trinidad and Tobago at the top of the order with a brisk 31 while the in-form Darren Bravo enhanced the innings by scoring 40 runs in 15 balls.

Captain Dwayne Bravo and Derone Davis grabbed three wickets each to subdue the Patriots and force them out of contention of an intriguing race for title honours.

Kallis powered the Red Steel innings, picking up frequent boundaries after they won the toss and elected to bat.

The prolific South African batsman choreographed an opening stand of 43 with William Perkins, who was starting to settle in until he top-edged a delivery from Sohail Tanvir for Jomel Warrican to catch at midwicket.

His contribution of 15 included a six and a four, while Kallis, who faced 29 balls, struck five fours in an important innings for the homeside.

Red Steel plunged to 92 for four after losing some quick wickets, including Kallis, who danced down the track to Jomel Warrican and was stumped by Dowrich.

assault on the bowlers

But by then, Darren Bravo had taken charge and began an assault on the bowlers, which climaxed with a last-ball carnage that produced 33 runs for the home side.

Carlos Brathwaite started the last over, but Shahid Afridi was called to complete it after the Bajan medium pacer was removed from the bowling, a penalty for delivering a second full toss above waist height.

Bravo smashed three sixes of that last over to finish with five sixes and one four, while Cameron Delport completed the innings with two successive sixes in an exciting late cameo that yielded 20 runs.

Patriots, who desperately needed a win to stay in the competition, suffered an early setback as Martin Guptil was dismissed for a duck in the second over while driving a ball from Johan Botha into the hands of Kevon Cooper at midwicket.