It's close at the top in CPL standings 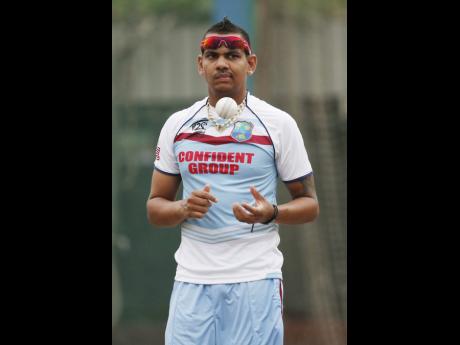 Guyana Amazon Warriors made things at the top of the Caribbean Premier League standings even more complicated when they beat St Lucia Zouks by three wickets in a humdrum, low-scoring contest here late Friday night.

Chasing a modest 112, Amazon Warriors produced a pedestrian effort to reach their target with two overs remaining at the National Stadium at Providence.

They were carried to victory by captain Denesh Ramdin, who struck an unbeaten 39 off 45 balls, while opener and fellow Trinidadian Lendl Simmons supported with 31 off 27 deliveries.

Amazon Warriors were cruising at 59 for one in the ninth over, but the intervention of leg-spinner Keron Cottoy triggered a slump as the hosts lost six wickets for 28 runs.

However, Ramdin, who also hit three fours, put on an invaluable 25 for the eighth wicket with Veerasammy Permaul (9 not out), to see Amazon Warriors over the line.

The victory saw Amazon Warriors move into second spot on nine points, alongside Jamaica Tallawahs and Zouks, also on nine points but in second and third, respectively, by virtue of net run rate.

St Kitts and Nevis Patriots, who play their final game later Saturday, are fourth on eight points while Trinidad and Tobago Red Steel are bottom on seven points but with three games remaining.

Reigning champions Barbados sit on top the standings with 10 points with a single game left to be played against Amazon Warriors.

Asked to bat first in a game that featured just three sixes, Zouks never got going and plummeted to 111 for seven off 20, with Henry Davids top-scoring with 25 off 34 balls and captain Kevin Pietersen getting 24 off 21 deliveries.

Ross Taylor struck a run-a-ball 20 while off-spinner Sunil Narine exhibited his brilliance with a spell of three wickets for six runs from four overs.