Defender Phillips out with injury 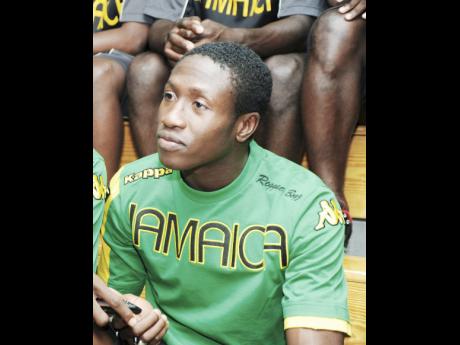 DEMAR PHILLIPS is headed back to his club, forced out of the CONCACAF Gold Cup with a leg injury.

He is the third player - all defenders - from Jamaica's original 23-man squad, who is now unavailable, following injury to central defender Jermaine Taylor and full back Alvas Powell walking out of the team.

The versatile Phillips, who plays left full back or left midfield, left the Jamaica camp in Baltimore to rejoin his Major League Soccer club Real Salt Lake, where he will continue getting treatment for the hamstring injury picked up prior to joining the squad for the Gold Cup.

He had not played in any of the team's matches and expressed disappointment.

"It's a hamstring injury and it's serious," said Phillips, who said he got the blessings of the Jamaican team's coaching and management staff.

"It needs more time to heal and even if we go through to the final I can't play, so my club requested for me to come back and get further treatment, which I think is the best thing; and it's the best decision for me because I don't want to push it and try to play and it gets worse," he explained to The Gleaner, after Jamaica had beaten Haiti 1-0 in their quarter-final match on Saturday night.

"That's one of the reasons I'm not playing, and the club and the coach and the management staff came to an agreement for me to go back to my club at Salt Lake to get further treatment."

Despite largely playing from a defensive position, the 31-year-old Phillips has often scored for the Jamaica team and he rues not being able to contribute at the Gold Cup.

"I feel really disappointed ... I'm not fit enough to even help the team because I know what I bring to the team and I'm one of the senior players," he said.