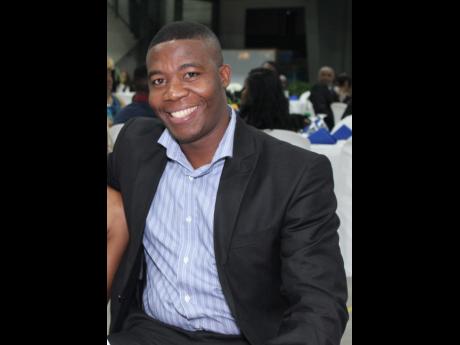 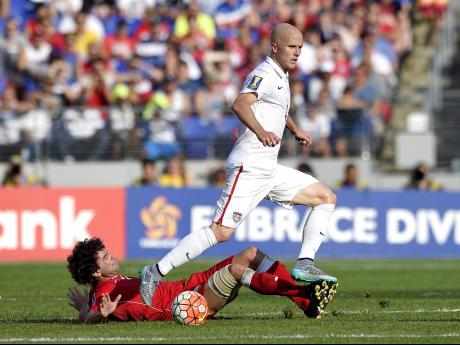 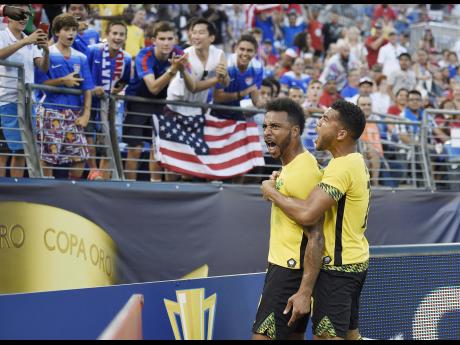 SATURDAY night's CONCACAF Gold Cup quarter-final victory over Caribbean neighbours Haiti has kept Jamaica on course to achieving one of its short-term targets.

Giles Barnes scored at the seventh minute from a pass from Adrian Mariappa, as the Reggae Boyz beat Haiti 1-0 in their quarter-final match at M&T Bank Stadium here.

They will play the United States in the semi-finals, following the Americans' 6-0 thumping of Cuba on the same day.

"We had a two-year objective ... the first thing was to be Caribbean champions and move on to be CONCACAF champions, and we're here now in the semi-finals against the USA team, a good team," Coley noted of a target set out by head coach Winfried Schäfer over a year ago.

Jamaica have already won the Caribbean Cup, beating Trinidad and Tobago in the final last November.

Now Coley said they are very optimistic about lifting the Gold Cup.

"We back ourselves 100 per cent that we can win. We just have to be tactically astute and be very, very disciplined on the field and capitalise on the areas in which the USA are very weak," added Coley.

Important to their task, Coley said, is nullifying the US' strength.

"I think midfield will be key. They have a Bradley (Michael) .... who's in there, who works between the lines. He's a very dangerous player, very patient, very smart player, so in midfield we'll really have to get on top and play a really solid game."

Against Haiti, the team surrendered space in midfield and attacked on the counter as a tactical ploy.

Haiti found ways through the defensive line with passes between and over the defence and caused problems while creating chances to score in the first half. At the 24th minute, they almost equalised when Duckens Nazon shot a grounder from the top of the penalty box against the upright. But Jamaica tightened up in the second half, even though their defence still came under a lot of pressure.

"Haiti dictated the pace of the game in the first half, and then we tried to get on the counter. We got a couple opportunities, of which we need to be a bit more clinical because that drives fear in opponents," assessed Coley.

Asked what contributed to their improvement, he explained: "I think what was important is in terms of the consolidation zone. We were able to press them so they couldn't turn and start playing the passes forward. In the second half, we pressed them some more and allowed them to go back rather than make some easy passes through the lines of our midfield ... and I think we were a bit tighter. And even with our striker, we had one dropping off, just there for the second half, and I think it paid off."

Given their recent performances, at Copa America last month and at the Gold Cup where they won Group B with seven of a possible nine points and have racked up three consecutive wins with as many clean sheets, Coley said anything but number one would be a disappointment.