Thompson lines up in London 200m 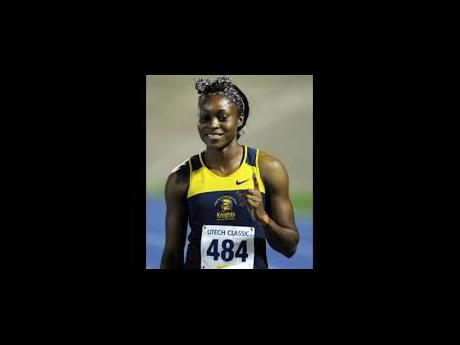 LONDON, England:
National 200m champion Elaine Thompson will get a chance to give an indication of her World Championships medal potential at this weekend's Sainsbury's Anniversary Games, London Diamond League at the Olympic Stadium.

Thompson, who comes into the meet with a personal and season best of 22.37 set in May, will compete in her first 200m in Europe this season and only the second of her career, after an appearance at a meet in Belgium last year.

The young sprinter, who shares the fastest time by a Jamaican in the event this year with stablemate Shelly-Ann Fraser-Pryce, is in good form, having not lost any of her six half - lap races this season - all contested locally. Also, Thompson has only lost twice in the 100m, finishing second on both occasions.

She is, however, expected to come up against a pretty strong field here, with Candyce McGrone (USA), who is coming off a win at the Monaco Diamond League, which made her the second fastest woman this year (22.08), Dutch sprinter Dafne Schippers (22.09) and another American Tori Bowie, who has gone 22.23; all eager to ensure a baptism of fire for the young Jamaican.