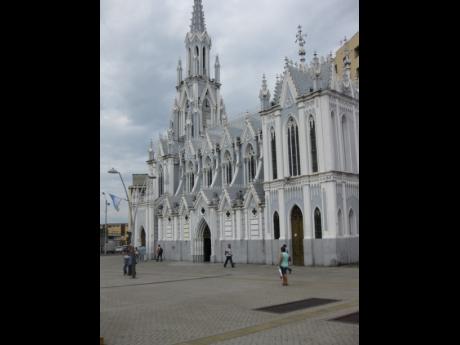 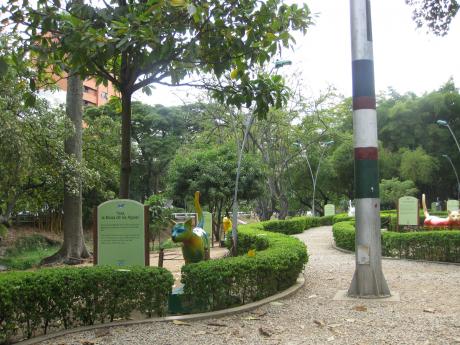 Dania Bogle photo
The Park of the Cats in Cali.
1
2

Cali is a city of two million inhabitants, almost as many as in all of Jamaica.

In Jamaica, or at least in Kingston, no matter how far 'uptown' you go, a depressed community is never too far away.

Not so in Cali. Here, there is a clear line between uptown and downtown.

The World Youth Championships venue, Pascual Guerrero Stadium, sits in the south. There, the streets are narrower, graffiti, dirty edifices, people walking, hanging around, and many small Colombian restaurants.

The centre is where many of the city's hotels are located, as well as a few historic sites such as the Ermita Church, an old Gothic-style church built in 1942 on the former site of a 17th-century church destroyed by earthquake.

My hotel is just northwest of the centre. As you travel further north, you see a different kind of Cali.

Lodged underneath a hill is the Chipichape Mall, a huge shopping centre built in an old railway warehouse.

In my mind, it's called Chipichape because if you say the words really fast it kind of sounds like the sound of a moving steam engine.

The mall is huge - it even boasts its own hotel - the Spiwak, the Jamaica team's hotel.

It has international brands such as Swarovski and Zara; Falabella, the South American equivalent of Macy's; and Colombian brands Boots & Bag and Exito - similar to Tesco's in the United Kingdom.

Outside of all of that, I am left with the feeling that Calenos really love their city. Not in the way Jamaicans say they are proud of Jamaica but really do very little to take care of it.

No, Calenos take care of their city. The environment is important to them; there are green, clean, safe places for everyone to enjoy and exercise, and health is important.

Perhaps because of Colombia's reputation for drug cartels, many persons I've met ask me what are my thoughts of Cali - do I like it, have I been treated well? And when I say yes, they smile; pleased their city was kind to a stranger.