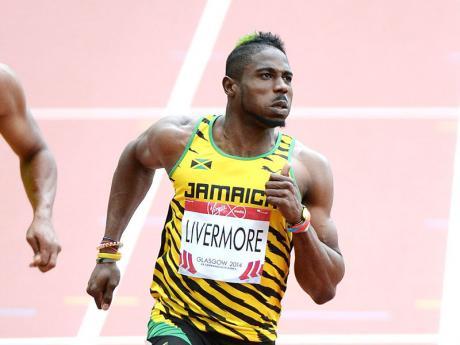 File Photo
Jason Livermore booked his place in the semifinals of the men's 100 metres at the Pan American Games Championships, in Toronto, Canada today.

Jason Livermore and Sheldon Mitchell booked their place in the semifinals of the men's 100 metres at the Pan American Games Championships, in Toronto, Canada today.

Livermore earned his place in the semis after finishing second in heat one, in 10.09 seconds.

The race was won by Andre De Grasse of Canada in 10.06 seconds.

Mitchell secured his place in the next round of the competition after clocking 10.14 seconds for fourth in heat three.

The event was won by America's BeeJay Lee in 9.99 seconds.

On the women's side, Olympic silver medalist Sherone Simpson secured her place in the women's 100 metres semifinals.

Simpson clocked a pedestrian 11.18 seconds to finish fifth in her heat.

The event was won by Brazil's Claudia Ana Silva in 10.96 seconds.

Schillonie Calvert also made it through to the women's 100 metres semis after clocking 11.27 seconds for third in her heat.

The race was won by Trinidad and Tobago's Kelly-Ann Baptiste in 11.07 seconds.