The petulance of youth 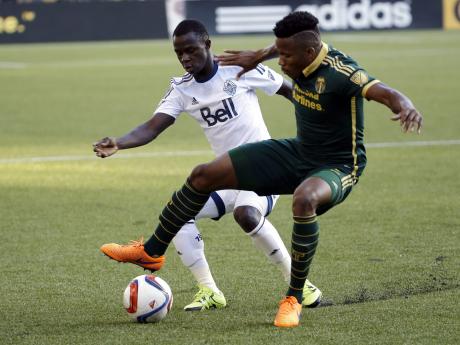 Young Jamaican defender Alvas Powell continues to incur the wrath of local football fans after walking out on the Reggae Boyz team in the middle of the CONCACAF Gold Cup. Initially, we were told it had to do with the limited playing time that the 20-year-old Powell was getting as the Jamaican team pushed for their best Gold Cup run since 1993.

Subsequent to Powell returning to his MLS club, the Portland Timbers, there was a response made via the club's official website, offering an apology to the Jamaican fans but, more instructively, stating his decision to leave the team had nothing to do with a lack of playing time, but apparently not wanting to embarrass his teammates, Powell's specific reasons for leaving the team remain undisclosed.

My sources tell me that there was, in fact, some disgruntlement on the part of Powell about not making more than a late substitute's appearance in the final group game against El Salvador.

No matter what the issues were, the impulsive decision to walk away from the national team in the middle of competition can never be justified.

Understandably, Jamaican team officials and fans are not amused by Powell's actions. Coach Winfried Sch‰fer, reacting in the moment, said he is not interested in having the former Paul Bogle High daCosta Cup player back in the team. Reactions have ranged from the sublime to the ridiculous, with some fans saying Powell should be suspended indefinitely; others have suggested a life ban, with even the word treason coming up in the discussions of the issue.

My views are affixed to the opposite side of the spectrum. I think it is commendable that a young player has the confidence and self-belief to think that he should be playing. That desire and passion to play every minute of every game at the highest level are not characteristics to be discouraged but to be, indeed, encouraged.

I think there is a bit more to this incident than meets the eye. First of all, Powell's agent was present at the Gold Cup when the player walked out. The further fact that he went straight to his club and, subsequently, responded to criticisms of his actions through the official channels of the club's website would also suggest that Powell might not have taken this now-infamous decision on his own.

Having said that, though, one wonders what would the calculated benefits be to walking out on the team? Especially in the context where the team is actually performing relatively well. With no fathomable reason in sight to suggest that this decision was strategic, it all then points to a rushed action made by an overexuberant 20-year-old, which could be reasonably attributed to the petulance of youth.

All of us at 20 years old make rash, sometime irrational, decisions. There is a distinct feel of self-righteousness permeating the analysis of this issue. To my mind, Alvas Powell should not be held to a higher standard of accountability than any other 20-year-old who's made a rash and unwise decision.

This was obviously a misguided and emotional action that, in due course, Alvas Powell will recognise as such. I am simply looking forward to the youngster admitting to doing wrong, mending all the necessary fences and retaking his place on the national football team. This was, after all, his first offence, and at his age, Alvas Powell fully deserves another chance.