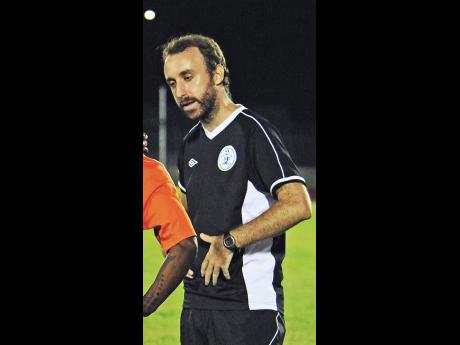 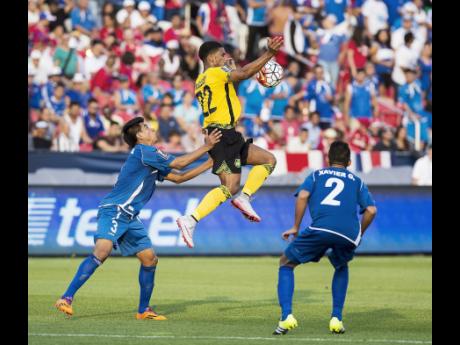 AP
Jamaica's Garath McCleary jumps for the ball ahead of El Salvador's Milton Molina during a CONCACAF Gold Cup match in Toronto on Tuesday, July 14.
1
2

WHEN it comes to breaking down opponents, the Reggae Boyz work probably as hard off the field as they do on it.

The game, after all, is not only played on the field.

So ahead of each game, head coach Winfried Sch‰fer, assistant coach, and Carlos Garcia, the Jamaica senior men's national team's video analyst, get together and break down the opposing teams and their players. They then link up with the Reggae Boyz and study their competitors again.

"I think it's important because when you break down teams, you don't rely on your memory, you have proof, fact that you can use, and that is much simpler to explain to the players for them to see what you're talking about," explained Garcia, who hails from Spain.

Garcia had also worked with Jamaicans before, which is a plus. He coached Montego Bay United Football Club for most of last season, and has been with the Reggae Boyz since the Caribbean Cup.

"I analyse the four phases in football - attacking phase, attacking transition, when they're defending on the counter and defending phase, and defensive transition," Garcia highlighted. "These four phases I analyse, and then defensive set pieces, corners and free kicks and offensive set pieces, corner and free- kicks, and what I try to do is look for key players in each phase and to show patterns in each phase that we can predict how they're going to play."

Jamaica won the Caribbean Cup and friendly international matches since, against Venezuela and Cuba. They also played in the Copa America - South American championship - last month, where they put in creditable performances despite losing all their group matches 1-0 against Uruguay, Paraguay and World No. 1 Argentina, which was led by Lionel Messi, the best player in the world.

"It's very important. The work that we're doing is in England, normal, in Germany, normal in the club," the 65-year-old Sch‰fer said of video analysis.

"Then we can tell the players, El Salvador has a problem here, they've a problem there," Sch‰fer pointed out. He will now be hitting the keys to search for answers about beating the United States in tomorrow's semi-final here at the Georgia Dome.