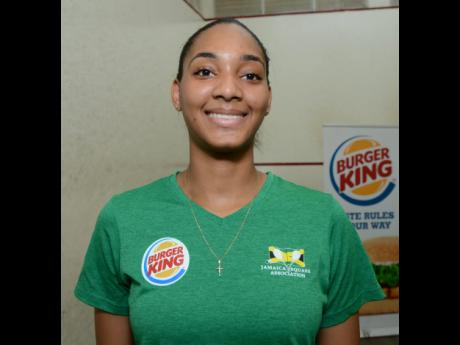 Jamaican squash starlet Alyssa Mullings had to settle for second place as her quest to defend her Under-17 title at the Caribbean Area Squash Association's (CASA) Junior Championships was thwarted by Barbadian, Amanda Haywood.

Mullings went into the tournament ranked number one in the age group but she went down 11-7, 11-8, 11-4 to Haywood in the finals on Monday night.

In reflecting on the upset, Mullings said she will have to go back to the drawing board and step up her game.

"It was a good match; my opponent played well, and unfortunately, I was outplayed. You win some you lose some, and I will need to reassess my game and fix some things," she said.

A number of the Jamaican players found the going rough at the competitive regional tournament. All Jamaica Under-17 boys' champion, Tahjia Lumley, was beaten 11-5, 11-1, 6-11,11-6 in the semi-finals by Josiah Griffiths of Barbados but managed to rebound to take third place after beating his countryman, Jonathan Walker, 11-9,

Junior squash programme manager Gill Binnie said although the players were somewhat disappointed, the focus is now on the team competition which began yesterday.

"While we didn't necessarily get the results we were looking for in the individual categories, we are now focused on the team events where both the girls and the boys have a strong chance for a top three finish," she said. "So the team is now looking to regroup and put in some solid performances."

The 2015 CASA is being hosted by Barbados and will run until July 25.