Under-17 girls must improve, says coach 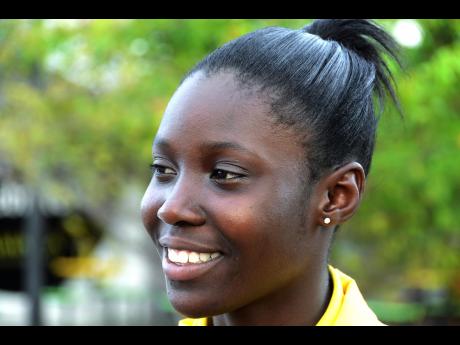 Coach of the Jamaica Under-17 girls, Lorne Donaldson, says the players must improve if they are to make it to the World Cup finals, in Jordan, next year.

The young Reggae Girlz came through the first round of the CFU Under-17 women World Cup qualifiers in Suriname quite comfortably last week beating Barbados 2-1, hammering St Lucia 14-0, and then scored a 1-0 win over the home team.

Speaking to the media after the team arrived at the Norman Manley International Airport on Monday, Donaldson described the tournament as challenging but thought the standard of the region's teams is very low.

However, he said the coaching staff continues to work on getting the team up to the appropriate level for the second round in Puerto Rico in November.

"It was an average tournament. We are now working to raise the level of our play," he commented.

Donaldson claims they have taught a lot of new things to the girls and admitted that sometimes the learning curve can be lengthy and tedious. But apart from improving the current squad, he thinks they also need better players if they want to make a historical appearance at the World Cup.

'We are trying to teach and it's going to be a long learning process. It takes years and months for this to happen, as the learning curve is very steep and we just have to move fast and get better," he added.

Meanwhile, captain Rachel Walters described their final match against the host nation as nerve-wracking and said they had to dig deep for that result.

"The Suriname crowd was like the 12th man out there and we were up against the whole nation, but we just went out and stuck to our game plan, and that made us victorious," she added.