Are we about to have a speed drain? 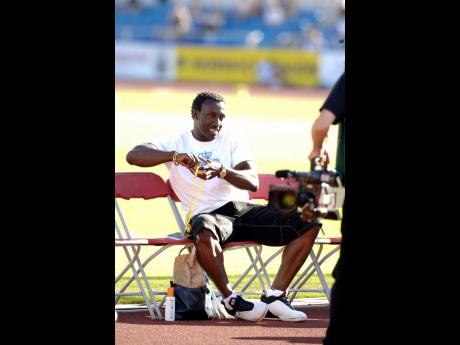 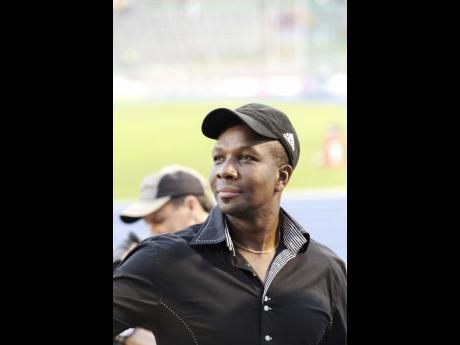 We used to love it when Jamaica-born sprinters won major international championships for their adopted home countries. Even though they retired long ago, Ben Johnson, Linford Christie and Donovan Bailey are still heroes here, and that despite Johnson's tainted past. Today, we take delight whenever Kingston native Sanya Richards-Ross wins big for the USA.

Johnson, Christie and Bailey crossed the line first in consecutive Olympic 100 metres finals that were run before this current golden age of Jamaican sprinting. They were taken as a sign of our greatness. To be frank, I felt awkward celebrating those performances because they displaced Raymond Stewart and Michael Green. The former, lest we forget, was in the 1988 and 1992 finals where Johnson and Christie arrived first at the finish, and the latter was in Bailey's magnificent world-record race at the 1996 Olympics.

Recent news of the pending athletic migration of three Jamaicans to Bahrain revives those memories and writes a new script for the future. True to our 'chicken merry, hawk deh near' heritage, there's a worry that Jamaican Bahranians will rise on our backs to the top of world sprinting.

Since Bailey's wonderful win for Canada in 1996, Jamaica has truly taken over world sprinting. For those who curse the migrating trio as much as Jamaica did with cricketers who went on a rebel tour of South Africa decades ago, the possibilities are annoying.

The worry foresees a speed drain similar to the brain drain occasioned by migration to the United Kingdom and the USA in the '50s, '60s and '70s. Funnily enough, athletes have been moving to the Gulf States from distance kings Kenya and Ethiopia for more than a decade. It was only a matter of time before sprinters would go too.

Ironically, it's 10 years since Brandon Simpson, an Olympic and World Championships 400-metre finalist, moved from Jamaica to Bahrain. Since then, hurdler Oniel Wright ran for Liberia, Merlene Ottey made a big move to Slovenia, and Jamaica's 2003 Pan-Am high jump champion Germaine Mason won an Olympic silver medal for Great Britain in 2008.

Those moves, and the 1988 departure by world-class 400-metre hurdler Sandra Farmer to the USA, have happened for different reasons. There is one common denominator. All went seeking opportunities not available here, just like those who left in the brain drain.

In recent years, there has been much athletic migration from the USA to Nigeria and from diverse places to Great Britain. Jamaica has got in on the act with the recent arrival of national cham-pions Ahkeem Gauntlett and Aisha Praught. Athletes, like the rest of us, just keep on moving.

Curiously, I haven't ever heard of a Bahamian athlete making tracks to Bahrain. That might be because of the vibrant athlete support programme operated by our Caribbean colleagues. Given our economics, that might be a hard act to follow. It may well be the only way to go.

n Hubert Lawrence has made notes at trackside since 1980.