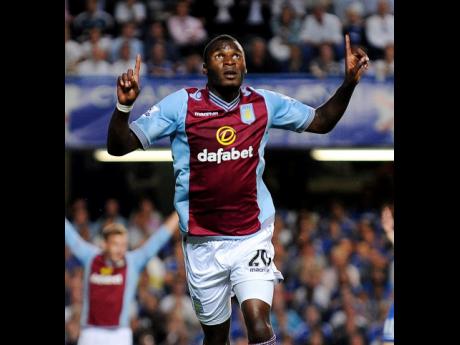 A week after selling winger Raheem Sterling to Manchester City for £49 million, Liverpool met the release clause in Benteke's contract with Villa and signed the 24-year-old forward to what it called "a long-term contract" at Anfield.

Benteke, who joined Villa from Genke in 2012 and scored 49 goals in 101 appearances for the Midlands club, passed a medical in London earlier this week and completed the paperwork in Liverpool yesterday.

"I think it was the right club for me, because I had a good chat with the manager and I wanted to be part of his project," Benteke told Liverpool's website. "I know Liverpool is a big story. They've won league titles and the Champions League five times and, of course, the UEFA Cup and a lot of trophies.

"I'm very happy to be part of the Liverpool family now and I will do everything to make them happy and work hard for them and my teammates."

Benteke will not meet most of those new teammates until they return after Friday's match against a Malaysia XI in Kuala Lumpur. However, he already knows a couple of them - goalkeeper Simon Mignolet and forward Divock Origi - from the Belgium national team.