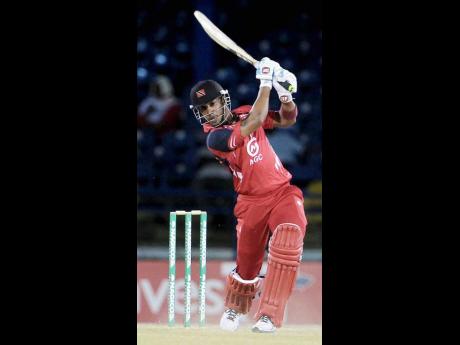 As the early-bird registration period to participate in this year's Reggae Marathon, Half Marathon and 10K draws close to its July 31 deadline, runners from Saudia Arabia have registered for the first time, joining others from such countries as United States, Canada, United Kingdom, Germany, Belgium and Poland. To date, there has been a 29 per cent increase in registration at this time, compared to last year.

According to Alfred 'Frano' Francis, race director for the event, there has been a significant increase in traffic on the event's updated website, and most of the promotion of the event is being done through several social-media channels.

Francis has encouraged local schools, corporate teams and individuals to register on line and take advantage of the discounted rates up to the end of this month.

"At the close of the early-bird offer, the prices will increase for both local and international participants, with a further hike in the fees when purchased on site at the event," he said. The registration site is: http://www.reggaemarathon.com.

A brilliant half-century from Lendl Simmons catapulted Guyana Amazon Warriors to a seven-wicket victory over Trinidad and Tobago Red Steel in the 30th game of the Caribbean Premier League here on Tuesday.

Simmons towered above challenging batting conditions with an outstanding unbeaten 65 as Warriors prevented Red Steel from topping the table and securing a direct entry to the finals of the competition.

Brad Hodge contributed a responsible 33 as Warriors secured victory with 18 balls remaining after restricting Red Steel to 117 for eight in 20 overs at the Providence stadium.

The match signalled the end of the league stage of the 2015 CPL season with Amazon Warriors finishing second while Red Steel, who needed a win to finish as leaders with an automatic path to the finals, took third place.

The Barbados Tridents have advanced straight to Sunday's Final, while the Amazon Warriors go through to the Qualifier and the Red Steel must settle for a place in the Eliminator today against the Jamaica Tallawahs.