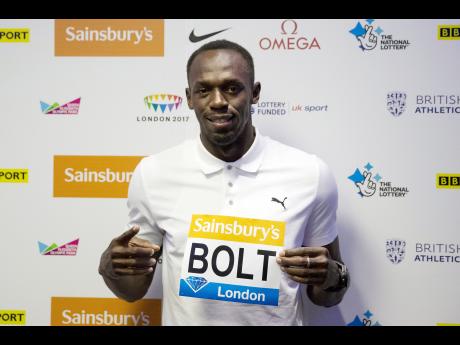 AP
World record holder and Olympic champion in the 100 metres and 200 metres Usain Bolt poses for photographers at the end of a press conference in London yesterday ahead of competing in the Diamond League athletics meeting at the Olympic Stadium today. 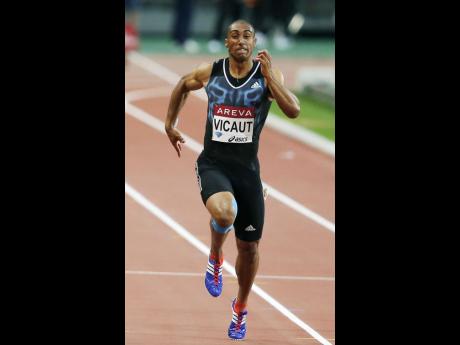 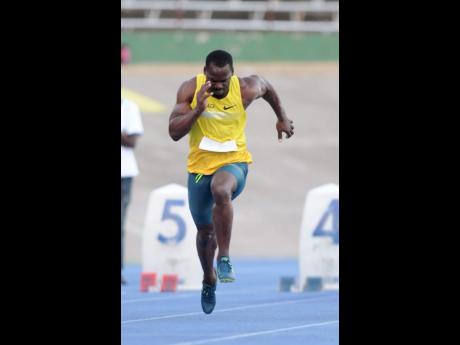 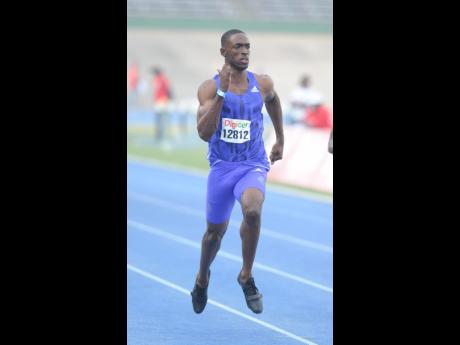 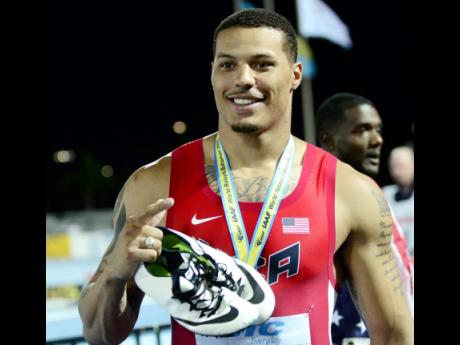 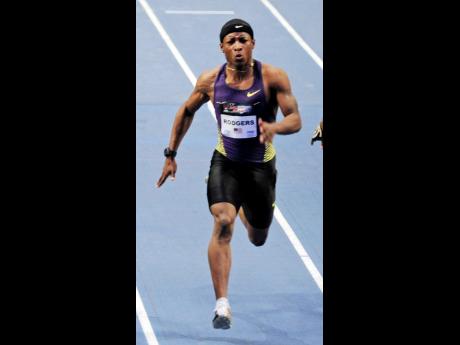 It was almost as if royalty had walked into the tiny press conference room at London's Grange Tower Bridge Hotel as Jamaican superstar Usain Bolt addressed the world's media yesterday ahead of his appearance at today's Sainsbury's Anniversary Games, London Diamond League, at the London Olympic Stadium.

The only thing missing really was some entrance music.

Still, truth be told, the sprint king's crown has been a little dusty these days. The world 100m and 200m record holder was quite clear: He is expecting to leave next month's World Championships in Beijing with double sprint gold medals around his neck. He is not in the least bit worried by the form of American Justin Gatlin, and the fast times are close - very close.

"I never doubt myself. I look forward to competition. Beijing is a month away, so I don't worry about that. I'll take it a step at a time," Bolt said. "I have to run tomorrow and get through these two races, and I have been training really hard and pushing myself, so it's all about execution now, and if I can do that right, then I know I will run fast. It's all about getting the timing right, and when Beijing comes, it will come, but I know I have to take it a step at a time.

"For me, it just takes one run to get to 9.7 seconds, so I'm not worried about times. Everyone knows sometimes I struggle through the season, but it takes time, and sometimes it takes getting to the big moment to get focused, but I'm sure when I get to the championships, I will be ready, so I'm looking forward to it," Bolt sought to assure.

Bolt will feature in what will be only his second 100m this year, and he will be desperate to get things clicking in a season that has been shrouded in doubt after he was forced to miss a couple of Diamond League meets due to an injury concern.

The six-time Olympic champion, who posted 10.12 in his lone 100m race this season, admitted that it will be important for him to execute properly and run a good time here, as he looks to build momentum heading into the World Championships.

"It's definitely one of my most memorable stadiums to run in. The crowd was great the last time I was here, the Olympics was just epic so I really enjoyed it and I am looking forward to competing here again," Bolt stated. "I need to get my execution right. Most of my races have been poor, so its all about getting the right execution and getting it done. If everything goes right, and I execute right, then the times will come."

"I've always said that if my coach isn't worried, then I am not worried, because he will always find a way to get me ready for the championships and he is confident that I can be ready and so am I. All we have to do is just work. I have been doing well in training. Everything has been going better and smoother so, hopefully, now I can go on the track and deliver," Bolt said.

The Jamaican will face countrymen Nesta Carter and Kemar Bailey-Cole as well as Mike Rodgers, Ryan Bailey, and Jimmy Vicaut in a heats-then-final system. The first of two heats will get under way at 8:17 p.m. (2:17 p.m. Jamaica time) with the final set for 9:29 p.m. (3:29 p.m. Ja time).

Bolt has looked just as flat in the 200m, returning a best of 20.13 this season after three runs, but despite less than a month to go before the start of the World Championships, Bolt said he has never considered just focusing on one event this season and believes improvements in his 100m over the next few weeks will undoubtedly help his preparations for the longer sprint.

"I need to run more 100m, if I do that, my 200m will come along because its always the first part of my race that needs work. The last part of my race always comes together and this is why I am working so hard and this is why I need to get some 100m races now and this has been our focus. We have been working hard in training and I know I will get it right," Bolt said. "I've never thought of doing just one event."

He could not confirm if he will compete at next week's Stockholm Diamond League, pointing out that the decision will be taken after his assignment here.

The London Olympic Stadium is an old stomping ground of his but will it, again, prove a stronghold for the king of sprints? In this case, in more ways than one, time will definitely tell.