CPLT20: not all that glistens is gold 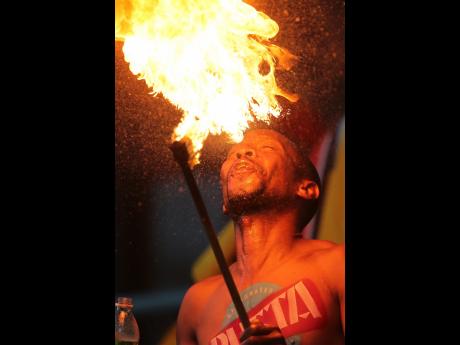 The Caribbean Premier League T20 has been going the rounds in the region for the past three years attracting huge crowds on its way. It has been almost like the Pied Piper.

A few weeks ago, however, the highly respected cricket journalist, Tony Cozier wrote that the CPLT20 may not return to Barbados, and just over one week ago, an Australian director of the CPL, implored the people and the private sector of Jamaica to support it.

The reason it may not return to Barbados, according to Cozier, is that despite the full houses at Kensington Oval, the CPLT20 has been losing money. According to CEO, Damien O'Donohue, and COO, Pete Russell, unless the government comes up with at least US$1 million, it probably will not be back, not if another territory comes with the money.

And the director's plea for help from Jamaica is along the same lines, in spite of the full houses at Sabina Park ever since the start of the CPL in 2013.

The CPLT20, as popular as it is, is not making the sort of money it anticipated.

According to the organisers, the CPLT20 spent some US$166 million around the region last year, it spent the money on things like players' fees, grounds, hotel, air and ground transport, entertainers - music, dancing girls, and fire-eaters, officials, and promotion, and it created a lot of jobs in the process as well as promoting the tourism industries around the region.

In return, according to their figures, the CPLT20, which attracted 220,000 spectators to the matches and earned US$47 million from it last year after beaming the matches to 65 million people around the world, is losing money.

To them, it is only fair that since the television revenue and the live audiences cannot pay the bills, the territories should fall in line and pay their share for the benefits, the enjoyment, and the exposure they receive.

And that seems only reasonable.

The problem, however, is this: cricket, it is said, is a business, and in a business, it is not wise to spend more than it is possible to earn.

On top of that, West Indies cricket has been suffering from the lack of funds for a good while now, the grounds have been empty for a long time now. West Indies cricket needs support - it needs money. West Indies cricket is run by a group of volunteers, or it is supposed to. It would seem that if the governments were to ensure that any cricket survives, that were they to give money to anyone - if they had it to give - they would give it to save its own cricket run by its own people.

It would seem that the people and governments of the West Indies, even if they could, would not rescue the CPLT20, a privately-owned endeavour, and not their own, not what they themselves have called the only unifying force in the West Indies.

What is interesting is that, according to the CPLT20, Antigua dropped out last year because they could not make up the difference and were replaced by St Kitts and Nevis which paid $7 million for five years to join the party.

What is also strange about that is that, according to CPLT20, every other territory paid a similar amount of money for a similar time in order that they can have the privilege of hosting the CPLT20.

Seven million dollars for four matches each year is quite a lot of money, especially for poor countries like Jamaica and Barbados. Countries where the important needs are things like education, health, and housing, food and security.

a waste of money

It is a waste of money, except from it can come enough money to assist in the funding of education, health, and housing, food and security.

The West Indies board has been criticised time and time again for not spending enough money to promote the game and to build the game, money which it never had.

West Indies cricket does not have that type of money to spend, and so it has to survive on volunteers and to depend on cricket making new friends and winning back old friends.

Although West Indies cricket is now based on a bidding system for the right to stage a Test match, and even though the territories have put up $7 million per season to host the CPL. West Indies cricket has to depend on the governments of the region to say no to those who would wish to come in and make money and then, when they spend too much, when they do not make enough money, turn around and ask the poor governments of poor people to help balance the books.

The CPL is their show, and although the governments have a responsibility to provide entertainment for the people, the governments of the region have nothing to do with it. It is as simple as that.

Another T20 tournament, the Champions League T20, has been cancelled this year, it was the tournament which brought together teams like the top teams of the Indian Premier League, the Big Bash, the NatWest T20 Blast, and the CPL, and it has been cancelled because of lack of interest by the spectators and by the broadcasters.

The CPLT20 is an exciting tournament, and, with all its attractions and good intentions, it is good for cricket. It brings back the crowd.

It may, however, be too big for the West Indies. The West Indies, the poor West Indies and its people simply cannot afford it as a cricket attraction.

The West Indies, Jamaica and Barbados, Antigua, and Guyana, and others will just have to play cricket as they know it.

The West Indies cannot hang its hat where it cannot reach it.

The 18th century is a long way back, but as Thomas Gray wrote back then, "Not all that tempts your wandering eyes and heedless hearts is lawful prize, nor all that glistens, gold."