McAnuff wants to finish the job 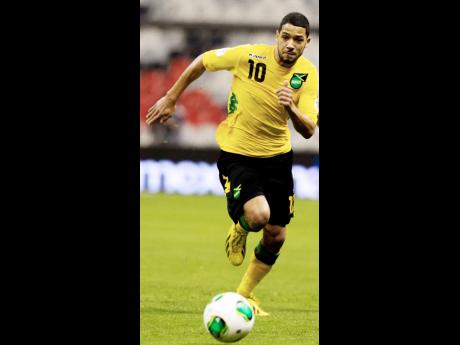 FIRM in his belief of their growth, Joel 'Jobi' McAnuff thinks the Jamaica team is nicely positioned to beat Mexico in today' CONCACAF Gold Cup final.

The last time both countries met, McAnuff, who has been key for the Reggae Boyz while playing attacking or central midfield, was just coming into the Jamaica team

"You take each game on its own merit, that was obviously a little while ago now. I think we're a different team now and I'm sure they are as well," he recalls. "Now obviously both teams have got to the final, different circumstances, it's a one-off game, it's about who performs better on the day and we're looking to carry our performance into the final.

"For the first game in Mexico ... it was very much a new squad, new people coming together literally a couple days before that game, I remember it clearly, just turning up in Mexico and all of a sudden you get to know everybody and meet people," he said of that coming together for the February 2, 2013 World Cup Qualifier (WCQ) that ended 0-0 in Mexico City.

"Here, you're two years down the line and everybody's sort of comfortable with each other, everybody knows the dynamics of the group and it works very well. That's something we've been able to build over the last couple of years and we're in a good place," he said.

He added: "We won our group and at the end of the day we're one of the top teams at that stage. We've had two tough games since then and came out on top in both. So, of course, we're confident of finishing the tournament off, we're not satisfied with what we've done so far."