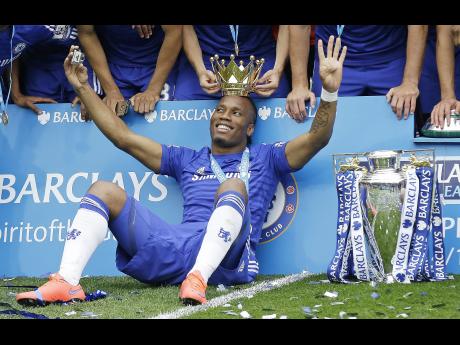 Drogba moves to North America following his second spell at Chelsea, where he won the league title last season. The 37-year-old Ivory Coast forward signed with the Chicago Fire, who then sent him to the Impact for general and targeted allocation money.

Drogba is expected to join Impact later this week after receiving his international transfer certificate and work visa.

"It's an honour to welcome Didier Drogba to the Impact," club president Joey Saputo said.

Drogba scored 163 goals and won four Premier League titles in two stints with Chelsea. He had the winning penalty kick as Chelsea won their first Champions League crown in 2012.

A court has given former FIFA vice-president Jack Warner more time to fight being extradited from Trinidad & Tobago to the United States (US) to face corruption charges.

A chief magistrate yesterday set a new hearing date of August 28 after a government lawyer requested more time to examine the extradition request from the US Justice Department.

The US sent its request last week.

Warner is resisting extradition on US charges of racketeering, wire fraud and money laundering in the FIFA corruption case. He is out on bail and leading his political party's campaign for September 7 general elections.

Attorney General Gavin Nicholas has said Warner's case has "absolutely nothing to do with politics."

The New York Red Bulls have completed the signing of former Manchester City and Chelsea midfielder Shaun Wright-Phillips on a free transfer.

The former England international will join up with his brother Bradley, a striker with the Red Bulls. He is eligible to play against the Philadelphia Union on Saturday.

The 33-year-old Wright-Phillips last played for English club Queens Park Rangers but left when his contract expired at the end of the 2014-15 season.

He also played for Chelsea, where he won the Premier League in 2006, and Manchester City. He made 36 international appearances with England.

Kusal Perera smashed a 109-ball 116 to lead Sri Lanka to a crushing 165-run win over Pakistan in the fifth and final one-day international on Sunday.

However, it was only a consolation win for Sri Lanka, as Pakistan clinched the five-match series 3-2.

Sri Lanka scored a formidable 368-4 after electing to bat first, and its batsmen dominated the bowling.

Tillakaratne Dilshan scored 62 and, in the process, became the 11th player in the world to cross 10,000 runs in one-day internationals. Captain Angelo Mathews scored an unbeaten 70, while Milinda Siriwardana cracked a 26-ball 52 for his maiden international half-century.

Pakistan, in their reply, were bowled out for 203 in the 38th over.