Ja beaten by T&T in Under-19 cricket 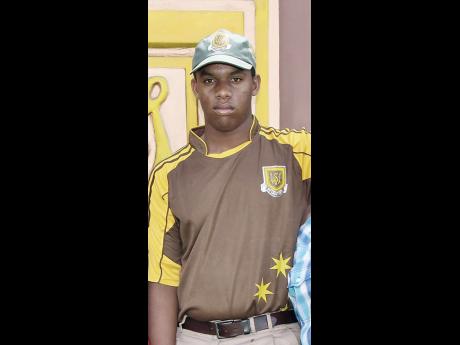 Jamaica slumped to their second defeat of the WICB Under-19 Championship when they went down by 30 runs to Trinidad and Tobago at Manchester High yesterday.

Set a modest 216 runs to win in their fifth-round contest, Jamaica were bowled out for 185 off 39 overs.

Brad Barnes, with a top score of 60, led the way for the Jamaicans, however, his 103 ball knock, inclusive of four fours and a six, before being the third to last wicket to fall, went in vain.

He was supported by Shahid Crooks, with 30, and Ryan Burnett and Odean Smith with 18 each.

This was against the fast bowling pair of Anderson Phillips four for 48 and Akeel Seetal, two for 38. Left-am spinner Bryan Boodran, two for 35, also got among the wickets.

Earlier, pacers Oshane Thomas, four for 36, and Odean Smith, three for 28, lead the Jamaicans in the field, as Trinidad were bowled out with 4.3 overs of their maximum 50 overs remaining.

The result took Jamaica to two wins and two losses with two matches remaining in the seven-team round-robin preliminary round.

The top two teams will contest the final.

Elsewhere, high-riding Wind-ward Islands recorded their third win of the tournament when they got the better of Barbados at St Elizabeth Technical.

Barbados were first bowled out for a paltry 138 off 45 overs before the Windwards responded with 139 for five off 36 overs.