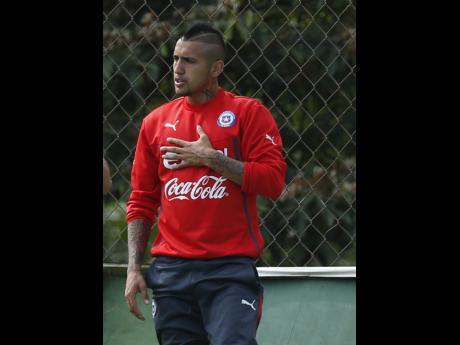 Michel Platini will run for FIFA president and plans to announce his intentions this week.

Two officials familiar with Platini's plans have told the Associated Press (AP) that the FIFA vice-president has made a decision to try to succeed Sepp Blatter. The officials spoke on condition of anonymity because Platini has not yet announced his candidacy.

The officials said that the UEFA president and former France great has been encouraged to run by most leaders of FIFA's continental confederations.

Five of the six continental leaders, including Platini, were in St Petersburg, Russia, last week for FIFA meetings and the 2018 World Cup qualifying draw.

Platini declined to discuss his ambitions when asked by the AP in St Petersburg.

The ouster came just two days after Herrera led Mexico to victory in the CONCACAF Gold Cup. But Decio de Maria, who on Saturday becomes president of the Mexican Soccer Federation, said the incident with the journalist was not in keeping with "the spirit of fair and respectful competition" the organisation espouses.

"Our values, our principles, are above any result," de Maria said at a news conference. "In our profession, our industry, the matches are never over, and as public figures who represent an institution, we must be absolutely clear

There was no comment from the coach on his firing, nor has he said anything publicly on the incident with the reporter.

Herrera is the latest to depart from what has become a revolving-door job since Ricardo La Volpe of Argentina was the last to complete a four-year World Cup cycle as head of the team, known as 'El Tri'. Mexico have burned through 10 head coaches in the nine years since La Volpe departed after the 2006 World Cup in Germany.

"I wanted to take another big step in my career," Vidal said in a brief interview on Bayern's website. "I want to develop further as a player, and I want to win important titles, such as the Champions League. And

I see Bayern as the best opportunity for that."

Bayern did not disclose the financial details of the contract. But Italian media reports suggested Bayern paid US$39.5 million with final cost rising to US$44 million with bonuses, to bring the

28-year-old Vidal back to the Bundesliga. If correct, the figures would make Vidal one of the most expensive Bundesliga transfers.

Top-seeded Rafael Nadal overcame a sluggish start to beat Fernando Verdasco 3-6, 6-1, 6-1 in the first round of the Hamburg Open yesterday.

Nadal was playing his first match since losing to Dustin Brown in the second round of Wimbledon. The former No. 1 in the world has fallen to No. 10.

In the all-Spanish match, Nadal appeared to have trouble adjusting to clay and finding his timing. But his game picked up noticeably in the last two sets. Verdasco saved one match point, but then hit the net with a backhand to hand Nadal the win. Nadal's last match on clay was the quarter-final loss to Novak Djokovic at the French Open.