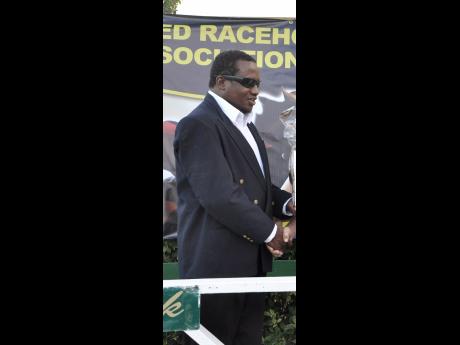 Members of the United Racehorse Trainers' Association voted unanimously yesterday to withhold nominations for this Saturday's Emancipation Day race meet at Caymanas Park (and beyond) as a protest against Caymanas Track Limited's (CTL) failure to grant a 10 per cent purse increase demanded by them.

Nominations for Saturday's racemeet, the 11th annual Betting, Gaming and Lotteries Commission raceday, are due today.

The trainers, who have received the backing of the Laurence Heffes-led Jamaica Racehorse Owners' Association, had rejected a five per cent increase by CTL

at an emergency meeting on Wednesday, July 1.

The trainers immediately wrote to CTL's chief executive officer, Cedric Stewart, outlining their position and in his reply on July 21, Stewart said that "after further discussions and negotiations, CTL has been instructed to now make an offer of 7.5 per cent purse increase effective August 1, 2015 (appro-ximately $44 million)."

This offer was flatly rejected by the Dale Murphy-led United Racehorse Trainers' Association at yesterday's meeting at Caymanas Park. The trainers have said that they will not accept less than 10 per cent this year and 10 per cent as of April 1 next year.

The four-week ultimatum ends today, and according to Murphy, "We have had several meetings with the CTL board and management for months but our proposals have fallen on deaf ears."

Meanwhile, CTL's chairman, Christopher Brown, and deputy chairman, Andrew Azar, both expressed the view that CTL is not in a position to offer more than 7.5 per cent at this time.

"Although CTL has cut losses this year and is in a better position with sales looking up for the past three months, I think it is very, very unfortunate for the stakeholders to be asking for 10 per cent at this time," Brown said.

He added: "Fact is that CTL currently owes $1.2 billion to entities, such as United Tote, NYRA, McKay Security as well as the simulcast and cable providers ... We are now on the brink of total collapse and appeal to the stakeholders for better understanding in the circumstances."