Nadal made to sweat for Hamburg Open win 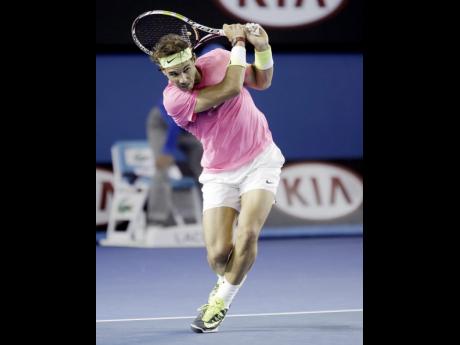 Nadal's quarter-final opponent will be fifth-seeded Pablo Cuevas of Uruguay, who outlasted Jerzy Janowicz of Poland 6-3, 4-6, 6-2.

Nadal appeared in trouble when he dropped his serve for 4-4 in the second set, but he broke right back and served for the match, only to commit a double fault at match point. He served another double fault to drop the game, but Vesely could not take advantage and Nadal cruised through the tiebreaker, winning the match when Vesely netted a backhand.

Nadal is playing in Hamburg for the first time since he won the clay-court event in 2008. This is his first tournament since losing to Dustin Brown in the second round of Wimbledon. Once No. 1 in the world, Nadal has dropped to No. 10.