Jamaica advance to WICB Under-19 final 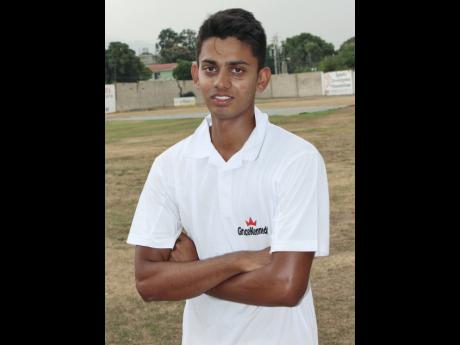 Hosts Jamaica have advanced to tomorrow's final of the West Indies Cricket Board's (WICB) Under-19 Championship.

The Robert Samuels-coached unit beat Barbados by 39 runs at Chedwin Park in their final preliminary round fixture. The result put them second in the seven-team standings. They will play defending champions Guyana in the final which has been switched from Treasure Beach Sports Park in St Elizabeth to Manchester High.

Winning the toss and electing to bat, Jamaica first posted a competitive 251 for eight off their 50 overs.

Leonardo Friginette, who top-scored for Jamaica in their previous win against the Leewards again came good with the bat as he scored 76.

This included three fours and three sixes off 89 balls during a two hours and 10 minutes stay at the crease.

He was supported by opener Abhijai Mansingh, who scored a 100-ball 58 to follow up his fifty against the Leewards, and hometown boy Ramone Francis, who made 25.

Barbados, in their response, were then bowled out for 212 with three overs to spare.

In another match, Trinidad and Tobago, Jamaica's main challengers for a place in the final, were stopped in their tracks by rain.

Their contest against the Leeward Islands at Ewarton Recreational Park was abandoned after a wet wicket caused by rain during the lunch interval prevented them from replying to a target of 236. Trinidad had entered the final round of matches in second position.

The day's other fixture between leaders Guyana and Canada at Manchester High saw the former coming out on top by four wickets.