U20 women top group in CFU qualifiers despite abandoned game 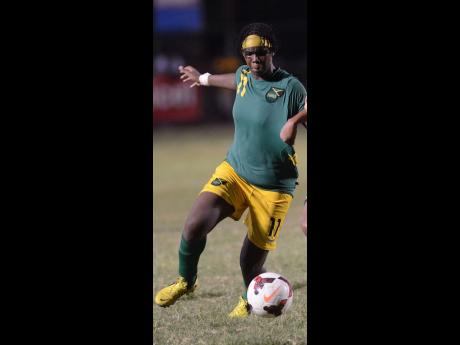 A decision on the abandoned Group Two Caribbean Football Union (CFU) Under-20 Women's qualifiers between hosts St Lucia and Jamaica's Reggae Girlz on Thursday will not be reached until some time next week, according to a source at the CFU office.

Jamaica Under-20 women defeated Grenada 5-0 in their opening game through a hat-trick from captain Khadija Shaw; and were already assured the top spot in the group after Grenada stopped St Lucia 4-0 in the group's other game on Tuesday.

However, their final game against the hosts on Thursday had to be abandoned after heavy rains in the eastern Caribbean nation left the field in an unplayable state. As a result, the game was called off just before the scheduled start.

When The Gleaner contacted the CFU office yesterday, one administrator said the case had already been referred to the executive council, and a decision on the matter was not expected until sometime next week.

According to the administrator, the Reggae Girlz are already assured of the top spot in the group and a place in the next round of the qualifiers and insisted that there was no need for supporters to be concerned.

There are four qualifying groups in the regional qualifiers and the top team from each group is set to advance to the final round, along with the best runner-up in the three-team groups and the second best runner-up of the three groups, the runner-up of the four-team group and final-round hosts, Haiti. Group Two, Three and Four have three teams each, while Group Four comprises four teams.

The eight teams will be divided into two groups, from which the top three winners will advance to compete in the 2015 CONCACAF Under-20 Women Championships, to be held in Honduras in December.