Jamaica aim to dethrone Guyana in WICB U19 final 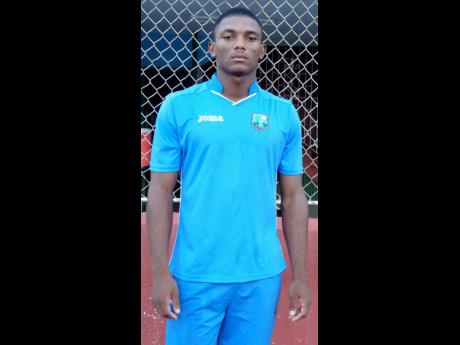 Hosts Jamaica and title-holders Guyana will today meet in the final of the West Indies Cricket Board (WICB) Under-19 Championship at Manchester High School.

Led by St Elizabeth Technical off-spin all-rounder Michael Frew, the Jamaicans will enter the contest as slight underdogs, having finished second to the Guyanese at the end of the seven-team preliminary round.

Guyana, with five victories and one defeat, tallied 32 points to Jamaica's 27.5, with the latter recording four wins and two losses.

Trinidad and Tobago with three wins, two losses and a no-result, ended with 22.5 to round off the top three.

Jamaica defeated Guyana by five wickets in both teams' opening match of the tournament, with their South American mainland opponents posting 203 off 44.3 overs.

"They (Guyana) will be difficult as they are an attacking team with, as usual, spin being their strength," said Junior Deans, manager of Jamaica. "They have two left-arm spinners and two off-spinners.

"However, we are optimistic about our chances, as we have been improving with each game and, if we play like we did in our last game against Barbados, where we fought hard and came off the field battered and bruised, we should do well."

Conditioned by Robert Samuels, Jamaica, in addition to Frew, will again be hoping for impressive performances from batsmen Abijhai Mansingh and Leonardo Friginette, as well as West Indies Under-19 fast bowling all-rounder Odean Smith and pacer Miguel Smith.

Opener Mansingh and Friginette are coming off back-to-back half centuries, while Miguel, with seven wickets in their last two games, and Odean, the team's leading wicket-taker, have been leading efforts with the ball.

"When we bat, we just have to ensure that when we don't just get boundary balls; we rotate the strike," noted Deans.

"Meanwhile, when we bowl, it's about getting the ball in the right areas as much as possible, as well as showing support in the field," he added.

Guyana will look to West Indies Under-19 opener Shimron Hetmyer, who has highest scores of 135 not out and 98, captain Travis Persaud, and batting all-rounder Keemo Paul to lead their charge.