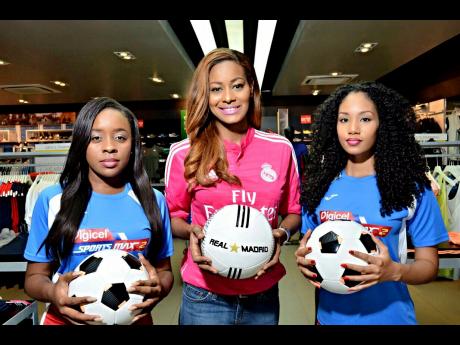 The world's top footballers, Lionel Messi and Cristiano Ronaldo, now have a new home as Digicel SportsMax has announced a new multi-year broadcast rights deal that will deliver live and exclusively the entire Spanish premier league season, La Liga BBVA, on Digicel SportsMax and Digicel SportsMax2 to more than 25 Caribbean territories for three seasons through to 2020.

Digicel SportsMax, which also holds exclusive broadcast rights to the Barclays Premier League and UEFA Champions League, will broadcast the 380 Liga BBVA matches, starting with the 2015/16 season, which kicks off on August 22 straight through to the final match on May 14, 2016. Match days are primarily Fridays, Saturdays, Sundays, and Wednesdays.

The rights were obtained through La Liga media agents Mediapro. The sports channel will also offer fans content-rich programming with updates on happenings within the league, including a one-hour pre-season show dedicated to the upcoming season and three weekly magazine programmes on Sundays, Tuesdays and Thursdays.

La Liga BBVA is the second-most watched football league in the Caribbean, behind the Barclays Premier League, with 20 teams vying for Spain's top-flight trophy.

"This is yet another highly in-demand content, which is the perfect addition to our already top-class line-up of football programming," said Digicel SportsMax Caribbean marketing manager Tanya Lee.