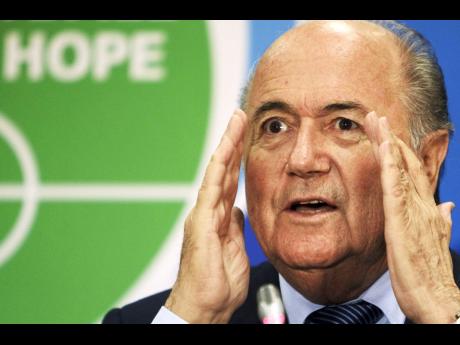 Blatter was among a group of IOC members up for re-election for another eight-year term. But IOC President Thomas Bach said Blatter informed him by letter on July 23 that he would not stand again.

"He does not deem it to be appropriate to stand for re-election for eight years, knowing that after seven months his term would come to an end," Bach said on the final day of the IOC's general assembly in Kuala Lumpur.

Blatter, beset by a corruption scandal at FIFA and whose presidential term will end following a February 26 election, did not attend the IOC meetings in Kuala Lumpur.

The FIFA president, who usually attends the annual IOC meetings, has not been accused of wrongdoing, but made the decision to resign in the wake of the arrest of some of his close associates in Zurich by Swiss police on behalf of United States (US) authorities in May. Seven soccer officials are facing corruption charges.

Blatter, an IOC member since 1999, would have had to retire from his IOC term next year anyway because he turns 80 in March. The IOC confirmed that Blatter's membership ended yesterday.

The other two members who were not re-elected - both due to age restrictions - were former World Archery president Jim Easton of the United States and Andres Botero of Colombia.

Elsewhere, 14 other IOC members were re-elected for eight-year terms, while Gunilla Lindberg of Sweden was re-elected to another four-year term on the IOC's executive board.