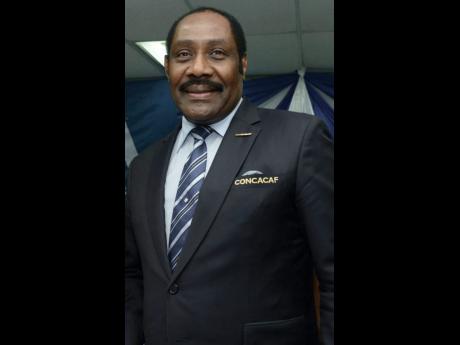 Reflecting on the local football landscape of four years ago, Jamaica Football Federation (JFF) boss, Captain Horace Burrell, believes Jamaicans should be reasonably satisfied with paying what he considers "minimal" prices to see the Reggae Boyz play inside the National Stadium.

Burrell was addressing questions posed about JFF's ticket prices ahead of the 2018 FIFA World Cup Qualifier between Jamaica and Nicaragua, scheduled to be played at 8 p.m. on Friday, September 4, inside the National Stadium, Kingston.

The Reggae Boyz are fresh off impressive Copa America and CONCACAF Gold Cup showings, which were hosted in Chile and between the United States and Canada, respectively.

In the latter, Jamaica were beaten finalists, losing 3-1 to Mexico, while defeating pre-tournament favourites the United States of America prior to the final.

"When you consider that four years ago the costs were almost the same for the grandstand when ... rental of the stadium and all the other costs have gone up, the airfares have gone up, remuneration to the players have gone up, it's value for money," he told The Gleaner.

"We ask for your support, because this team is not the team for Raymond Grant (JFF general secretary for Captain Burrell, for anyone, it is a team for Jamaica, and I think every single Jamaican is proud of our team and would want to support," he underlined.

"We want to keep reminding them that these costs are even lower at this stage than the costs of four years ago. The last time around, tickets was [sic] at $1,500," he said.

Meanwhile, persons who purchase tickets from August 28-September 2 will get a $200 discount on bleachers tickets.

"This is the commencement of the journey to Russia, and I am sure every single Jamaican at home and abroad is going to want to play a part on the whole evolution of this tremendous drive towards qualification," stressed Burrell.