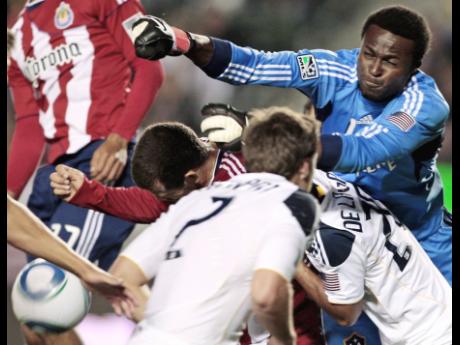 Jamaican goalkeeper Donovan Ricketts will line up alongside England superstar Steven Gerrard at LA Galaxy after being snapped up in the 2016 Major League Soccer SuperDraft.

The 38-year-old journeyman, who started his professional career in England, will join the star-studded west coast outfit after just a year at Orlando City where he was selected during the 2015 MLS Expansion Draft.

Ricketts will be returning to Galaxy for his second spell, after representing them between 2009 and 2011, before going on to feature for several other MLS clubs.

"Donovan is one of the most experienced and successful goalkeepers in MLS," said head coach and general manager, Bruce Arena.

"He is familiar with our team and has proven to be a player capable of winning championships. We are happy that he is once again a member of the LA Galaxy and look forward to his contributions to our club."

Ricketts spent much of his early pro career at Bradford City in England, before heading to the United States where he signed for Galaxy in 2009.

He was MLS Goalkeeper of the Year in 2010 and earned the title again in 2013 when he played for Portland Timbers between 2012 and 2014. Ricketts also featured for Montreal Impact in 2012.

He spent 13 years at international level, before retiring in 2013 after gaining exactly 100 caps.