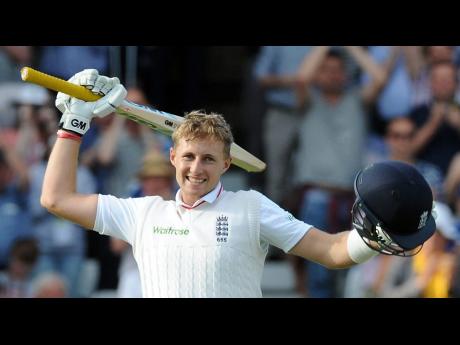 England were on course to regaining the Ashes after dominating a record-shattering opening day of the fourth Test, illuminated by Stuart Broad's 8-15 that skittled Australia for 60 in the shortest first innings in Test history.

Seeking a victory to clinch the series and take back the urn, England were 274-4 at stumps yesterday with Joe Root unbeaten on 124 after a fourth-wicket stand of 173 runs with Jonny Bairstow (74). The lead was 214 runs.

"That's as tough a day as you can have as a player," Australia captain Michael Clarke said. "Nothing went right at all."

Broad, playing on his home Nottinghamshire ground, compiled the best figures by a pace bowler in Ashes history in an unbroken spell of 9.3 overs in which all eight of his dismissals were catches in the slip cordon. He completed the fastest-ever five-wicket haul, in just 19 deliveries.

Australia's innings was characterised by dreadful shot-making and poor technique against the swinging ball under a cloudy sky, and was over after 18.3 overs - 20 minutes before lunch. England's catching was ruthless, especially the diving, one-handed take by Ben Stokes at fifth slip to remove Adam Voges (1).

Broad, who delivered the ball, came to a standstill halfway down the wicket, put both of his hands to his face, and gaped in astonishment.

It amounted to humiliation for Australia. Three of the top order - Chris Rogers, David Warner and the recalled Shaun Marsh - were out for ducks. The crowd gave the beleaguered tourists a standing ovation when they reached 50. Extras top-scored with 14, another Ashes first, on a day when only two Australian players reached double figures.

England pressed home its advantage in the reply. Typically, it was Root leading the way, hitting 19 fours and a six in his second century of a series in which he is the top scorer with 437 runs.

No match in this oscillating five-Test series has gone five days, and it's unlikely this one will either.

England started the series as the underdog, but lead 2-1 and can wrap it up with a match to spare.

Clarke's captaincy and place in the Australia team already was under scrutiny and he will be feeling under even more pressure now. He gave away his wicket by swiping at a wide delivery by Broad and edging to first slip, a rash shot and a sign of a man bereft of confidence after 104 runs in seven innings in this series.

England began an extraordinary morning by winning a crucial toss and choosing to bowl in overcast, thoroughly English conditions which Clarke said were the most difficult he has faced in his career. Within eight deliveries, it was largely forgotten that the hosts were playing without their leading fast bowler, Jimmy Anderson.

Anderson watched from the dressing-room balcony as Broad, from round the wicket, enticed an edge from Rogers to Cook at first slip off the third ball. It was Broad's 300th Test wicket and Rogers' first Test duck.

Steve Smith (6) was squared up by Broad, and Root took the catch at third slip.

Warner got an inside edge off a beauty of a delivery by Mark Wood, Anderson's replacement.

Australia was 10-3 off eight balls, and Marsh became the fourth batsman to go in just 14 minutes of play when he edged Broad to Ian Bell.