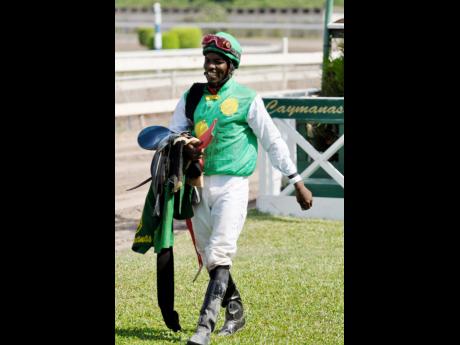 With just a month left in the Assiniboia Downs season, the jockeys' championship seems destined to go down to the wire, with the top-five riders separated by just five wins.

Jamaican Chavion Chow leads the standings with 40, but is just one clear of fellow countryman Dane Nelson, who is closing quickly.

Defending champion, Barbadian Chris Husbands, lies third on 36 wins, only ahead of Adolfo Morales - also on 36 - on second-place finishes.

Guyana's Rohan Singh has 35 wins and is also well poised in fifth.

Based on form, Chow will be the bookmakers' favourite to take the title at the small western Canada racetrack.

Back in May, the 28-year-old produced an outstanding display to win five of the eight races on the day's card and create space for himself at the top of the standings in what is a tight title race.

After finishing fourth last year, Chow is now in pole position to pick up his first riding title since arriving here seven years ago.

Nelson, meanwhile, has burst into contention following his four-timer on Monday's nice-race card, with Chow managing just a single win.

The season wraps up September 7.