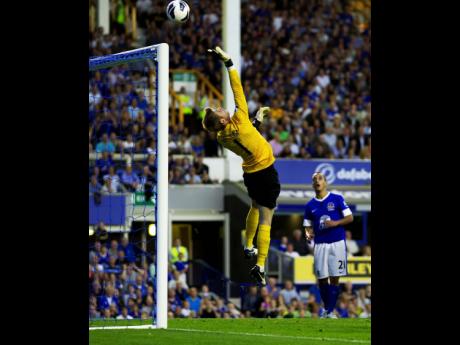 De Gea has been strongly linked with a move to Real Madrid.

Van Gaal said yesterday, "It is not easy for De Gea to manage his situation now," and "he shall not play."

United may also be without defender Marcos Rojo and midfielder Bastain Schweinsteiger, another preseason signing from Bayern Munich.

Van Gaal says, "Rojo came (back) one week ago, Schweinsteiger came at the last moment. I don't think that he is fit enough."

Meanwhile, Manchester United's route back to the Champions League groups after a one-year absence must go through Club Bruges in the play-off round.

"It will be an interesting tie," United coach Louis van Gaal said after yesterday's draw. "Bruges are a good side. They reached the quarter-finals of the Europa League and finished second in the Belgian League last season."

In another play-off pairing, two-time finalists Valencia were paired with Monaco, who reached the quarter-finals last season.