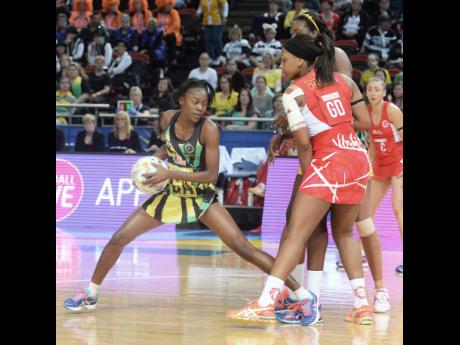 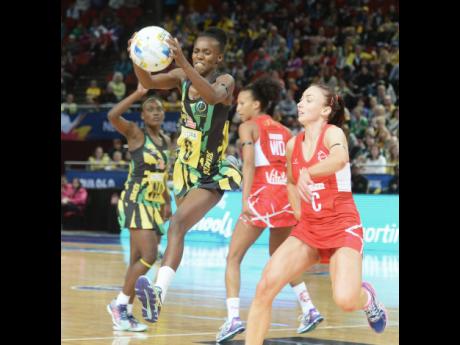 All three Caribbean teams were beaten on the second day of competition in the Netball World Cup in Sydney yesterday.

Following comfortable wins on the opening day, both Jamaica and England were fighting to maintain the Pool B lead, but England took a four-goal win over the Sunshine Girls to confirm their status as World Cup title contenders.

Jamaica, led by goal shooter Romelda Aiken, took a 14-11 first-quarter lead and doubled their score by the half-time interval. With Jhaniele Flower-Reid replacing Aiken, England stormed back to outscore their opponents, 16-9, and take the lead, 39-37, in the third quarter.

The Jamaicans were relentless, but England held onto their narrow lead to seal an important 54-50 win.

Trinidad & Tobago, who lost to the hosts on the opening day, were no match for New Zealand in their Pool A match.

Despite Rhonda John-Davis becoming the highest test-capped player of the tournament with 150 games for the Calypso Girls, the milestone didn't stop the Silver Ferns from a second straight victory.

In the other Pool match, the Barbadians were no match to Australia as they were limited to single-digit scores in the quarters.

Trinidad & Tobago and Barbados are on today, with Jamaica playing Scotland tomorrow to determine who will join England as the second team to advance from Pool B.