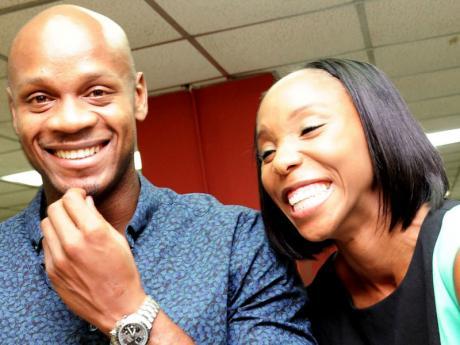 Asafa Powell and Sherone Simpson among the athletes already in Japan

Several members of Jamaica’s delegation to the IAAF World Championships were on Sunday feted by officials from the Tottori Prefecture in Japan, as they step up preparations for the August 22 – 30 championships.

The athletes and team officials were given a taste of Japanese culture with classic food, dance and music on show, with the likes of Asafa Powell and Sherone Simpson indulging the locals as they posed in kimonos - traditional Japanese attire.

The Jamaicans, who began arriving over the past weekend, will be based in Japan, where they will stage their pre-championships camp before flying into Beijing, China on August 18 for the World Championships.

It is understood that some athletes and their managers have reportedly indicated to the Jamaica Athletics Administrative Association (JAAA) that they will not be arriving until the coming days, with a number of 'big names' said to be scheduled to arrive as late as August 15.

However, a number of the popular figures are already in Tottori.

The JAAA is set to announce its biggest team to a World Championships this evening but several officials are also in Tottori including treasurer Ludlow Watts, who is expected to be named as team manager.