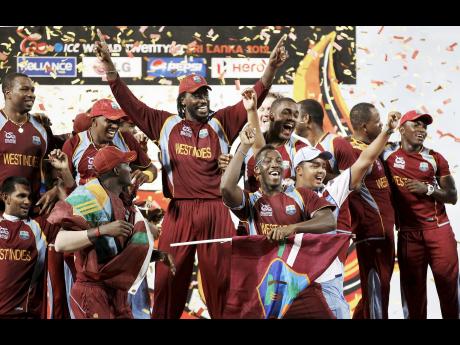 However, Croft said that the regional side's victory would depend on many computations and selections.

"India 2016 is nine months away, but proper planning and selections are main keys for WI to win there, since WI's one-day international and Test rankings are nearly on the floor," he said.

"Trinidad & Tobago's Red Steel's recent win in Caribbean Premier League 2015, beating similarly talented Barbados Trident, tells only one story, that a WI team consisting of several players from that final game, plus some from other teams, could bring WI further World T-20 success.

"So, as suggested by the West Indies Cricket Board, let us accentuate the positive, if it exists."

The former Guyanese cricketer said he was not surprised at the West Indies' last international tournament win in Sri Lanka, when they won the World T20 in Sri Lanka in 2012.

Noting West Indies' ranking of number four with 17 points, behind Sri Lanka, Australia and India, Croft believes it's possible for West Indies to be number one in T20 again.

He noted that some of the players have ongoing issues with the WICB and might not even be available for selection.

"But realistically, ICC World T20 India 2016 could be the last opportunity for some of this present generation of WI cricketers to win any further world championships for some time in the future," he said.