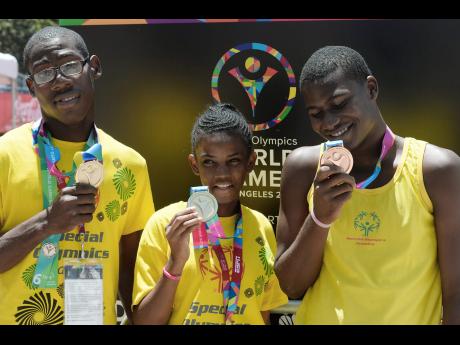 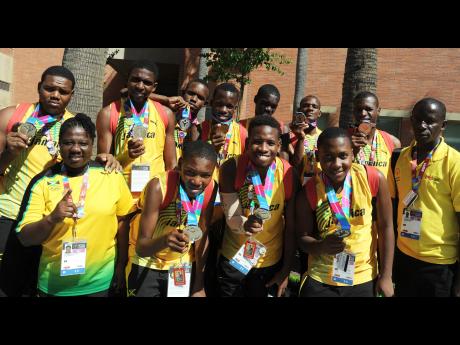 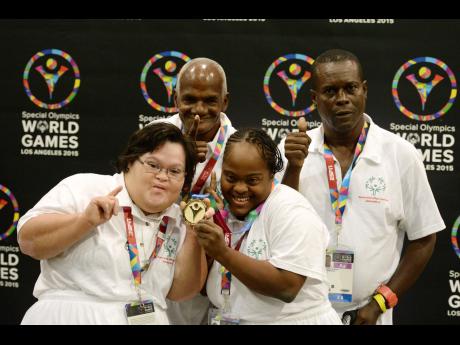 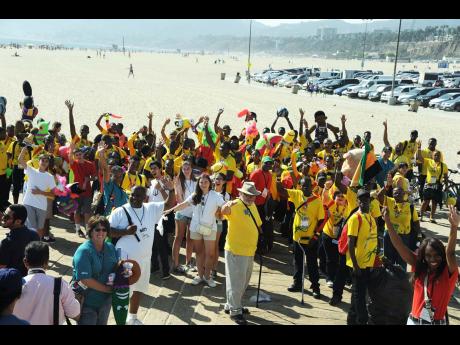 Collin Reid
Collin Reid photo courtesy of Digicel, Scotiabank and CHASE Fund Special Olympic Jamaica (SOJ) delegation were treated to Mexican lunch at the Mariasol Mexican Resturant at the Santa Monica Pier on Thursday, July 23, 2015. This tour was facilitated by the host town of Inglewood. 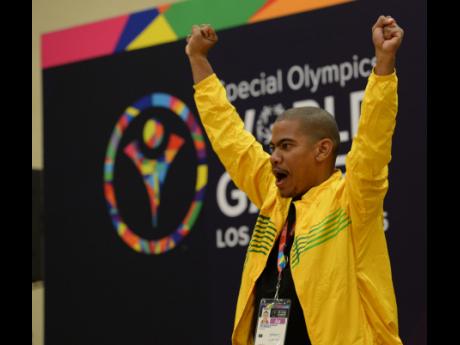 In aquatics, there were two individual gold, three individual silver and one 4x50m relay bronze.

Basketball's silver was unexpected, according to coach Calvin Martin.

"Going into the tournament, we (basketball team) didn't expect to win any medal.

"Mrs (Lorna) Bell just wanted to start back the programme, so she said, 'Make a team,'" he recalled.

The country's volleyball, female futsal and unified football teams were the only outfits not to medal, as they placed fifth, sixth and fourth, respectively.

"Special Olympics is all about training, and we train right through the year, but we put in a little extra training for the past two and a half years because our athletes were young," Bell explained.

"We had to put in a little more effort, so that is why we feel so overjoyed, because everybody was a bit doubtful," she recalled prior to the Games.

"That is why I am saying to the entire Jamaica, to the ministry of sport, they cannot leave us out of sports tourism; we must be included because we did Brand Jamaica very well," she stated.

Buoyed by that success, Belle said preparations will begin soon for the World Winter Games, scheduled to be hosted in Austria in 2017.

"These Games will be our focus when we return home, as planning has to start now to ensure our athletes receive quality training and also funding," Bell assured.