Bolt yet to arrive in Japan, visa troubles delay Fraser-Pryce and MVP teammates 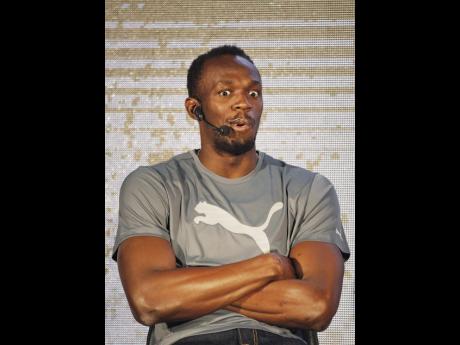 Bolt ... expected to arrive in Japan by Friday.

Jamaican stars Usain Bolt and Shelly Ann Fraser-Pryce are yet to arrive in Tottori, Japan for the World Champs training camp.

It's understood that Bolt will arrive by Friday.

However, Fraser-Pryce and several of her MVP Track Club teammates may arrive later because of visa issues. A 15-member MVP group was not able to travel to Japan as planned because of difficulties in obtaining their Chinese visas from their European base in Lignano, Italy.

It is reported that the athletes were originally advised by the Jamaica Athletics Administrative Association that they would have been able to secure their Chinese visas from any Chinese Embassy.

But it has turned out otherwise.

"MVP is of course based in Italy at this time of the year and they (Italian officials) wouldn’t issue visas to China for non-Italians there," said Ludlow Watts, the Jamaican Team Manager for the World Champs. He added: "Visas for China will now be obtained in Japan.

According to Watts, the Japanese foreign ministry has made arrangements with the Chinese embassy so that the athletes can secure their visas within two days after arriving in Tottori.

Ludlow Watts, the Jamaican Team Manager for the World Champs

Meanwhile, other MVP athletes who started arriving in Tottori yesterday will receive their Chinese visas through the embassy in Japan.