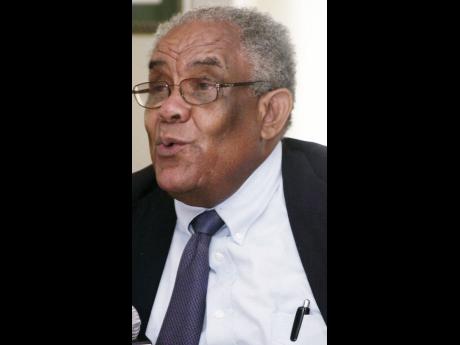 DR Herb Elliott, a Jamaican former member of the International Association of Athletics Federations (IAAF) Anti-doping Panel, has come out in staunch defence of the beleaguered organisation following the latest series of allegations of mishandling of doping matters.

The IAAF announced yesterday that it had started disciplinary proceedings against 28 athletes who had returned adverse findings stemming from reanalysis of samples taken during the 2005 Helsinki and 2007 Osaka World Championships.

The announcement came just over a week after British newspaper, The Sunday Times, and German broadcaster, ARD/WDR, published a report saying it had gained access to 12,000 blood tests from 5,000 athletes with the results showing "the extraordinary extent of cheating by athletes at the world's most prestigious events".

However, Elliott, who sat on the IAAF's doping panel for 16 years, including during the period in question, suggested that many of the findings would be from African athletes and that the retests would prove nothing.

"They will find nothing," said Elliott. "They will find unusual blood types, but this doesn't indicate that anybody was doping. They have been after the Kenyans for a while. They will try to go after the Ethiopians, too."

Elliott said that like many Caribbean people of African descent, many Africans carried sickle-cell trait, which could account for some of the unusual findings.

"There are some technical details that came up, and we went to a lot of people who are haematologists. Many Africans, like Jamaicans, have sickle-cell trait. The blood pool in Africa is not as straight as the European one. You will find that there are problems. It doesn't mean that they are doping it means you have haemoglobin that looks funny. You can say it looks funny, but to say they are doping, you have to prove that it's doping."

Elliott added that the panel did not conduct tests themselves, but they agreed with the findings of the lab.

"We agreed with it because of what we knew," said Elliott.

"The IAAF has been one of the most vigilant people in regards to doping and for dope-testing it has led the fight more than any other organisation," he added.

He also noted that Italians, a people of southern Europe, also had a blood condition which caused some of their blood tests to also show up unusual findings.

The condition - thalassemia - is defined by the United States National Library of Medicine as "a blood disorder passed down through families (inherited) in which the body makes an abnormal form of haemoglobin."

It added that haemoglobin carries oxygen in the blood, while the "disorder results in large numbers of red blood cells being destroyed, which leads to anaemia".

"These things were released five years ago," Elliott argued. "I don't know why now they go and resurrect them."

On Monday, a group of athletes, led by German Olympic discus champ, Robert Harting, criticised the IAAF and accused it of betraying and damaging the sport.

"Dear IAAF, we cannot trust you any more, you damaged our sport, we have to act now," Harting said in a video.

"The IAAF was surprised and extremely saddened by statements made by representatives of the London Marathon," the IAAF said in response. "This statement manages to be both outrageous and insulting at the same time."

Incidentally, Harting withdrew from this month's World Championships in Beijing yesterday, citing a knee ligament injury from which he had failed to fully recover.