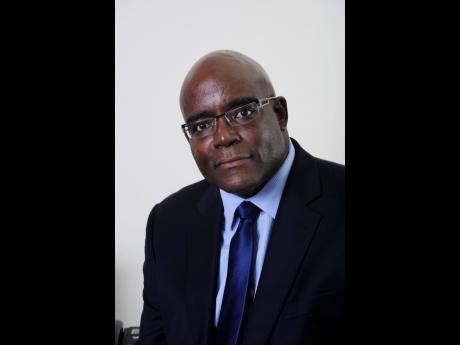 George, however, is urging the association to start planning for the island's next generation of stars.

SVL has been supporting the national track and field programme since 2003. Its current sponsorship with the JAAA is valued at $14 million and includes support for the national team going to the World Championships, which is set to begin in less than two weeks. SVL also sponsored the National Championships that were held in June.

The company has also already committed increased sponsorship of J$16 million for 2016 when Jamaica campaigns at the Olympic Games in Rio, Brazil, so the JAAA already has a clear idea of what it can already plan for.

The sponsorship, George said, has also ensured that the JAAA plays a greater role in helping its emerging athletes step on to the world stage.

"The JAAA has to ensure that it puts sufficient plans in place to deal with the next generation of track and field athletes and in how they establish these athletes as a brand that will bring attention to Jamaica," George said.

"Usain Bolt is a brand, Shelly Ann Fraser-Pryce is a brand, so is Veronica Campbell-Brown. Each of those brands is going to move off the stage in relativity short order. They (JAAA) need to now focus on, how do you take these emerging stars and build a brand around them to ensure that Jamaica continues to enjoy the respect of the track and field world?"

The JAAA, George said, has already taken steps to protect the Jamaican athletics programme in light of the recent leaking of 'suspicious' tests results that media reports suggest indicate widespread doping in the sport.

"We applaud the statement they made that they will move to protect the integrity of the Jamaican athletes," George said, adding that Jamaica has also strengthened its drug-testing programme.

However, he believes there needs to be a stronger connection with the strength of the junior programme.

"No other country in the world

has a programme like Champs (the ISSA Boys and Girls' Athletics Championships). We need to ensure the telling of the story of Jamaica's track and field and what it is that creates Champs. That is a story that needs to be well ingrained in the minds of people so that they understand that this is not a fluke," George said.

Going forward, the CEO said SVL is in it for the long haul.

"Our role has been unwavering," he said. "What we will have to see is if people who have jumped into the process lately and who are talking about one- and two-year commitments, when brand Jamaica goes through its natural cycle, whether that level of commitment will still be as strong."