US champion off WC roster over Nike uniform squabble 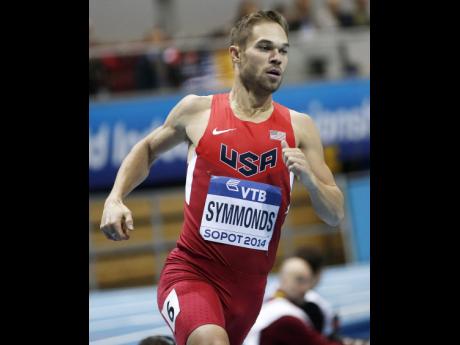 AP
In this March 7, 2014, file photo, Nick Symmonds runs in the men's 800m heat during the Athletics World Indoor Championships in Sopot, Poland. 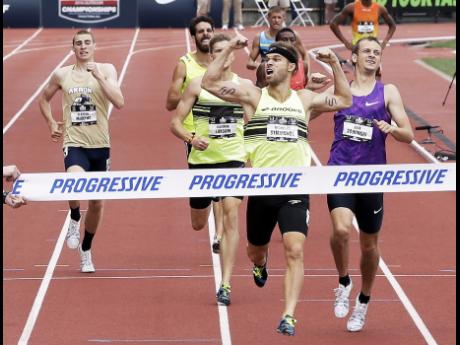 AP
In this June 28, 2015, file photo, Nick Symmonds wins the 800 metres event at the US Track and Field Championships in Eugene, Oregon.
1
2

As other runners wrap up their preparation for the World Championships in Beijing, Nick Symmonds plans to retreat into nature, seeking solitude after being left off the United States squad in a squabble over Nike uniforms the team must wear.

Fishing and climbing rocks are a way for the middle-distance runner to clear his mind and deal with the "frustration and letdown that I'm experiencing right now", he said.

Symmonds, a silver medallist at 800 metres at the last World Championships, refused to sign a contract that USA Track and Field (USTATF) requires of all athletes before they're placed on the team. When the official roster was named on Monday, Symmonds wasn't on it despite his win at the US championships in June.

For Symmonds, the issue is Nike's standing as USATF's official uniform sponsor. Anyone going to Beijing later this month on the US team is required to wear Nike gear at team functions. Symmonds is sponsored by a rival shoe company, Brooks, and wanted a clear definition of what a Team USA function was.

"I guess a small part of me thought they weren't stupid enough to leave me off the team," Symmonds said. "Apparently, they are.

Except for the exclusion of Symmonds, there were no surprises on the roster released Monday. There are five defending World champions on the US squad, including Ashton Eaton (decathlon), LaShawn Merritt (400 metres), David Oliver (hurdles), Brittney Reese (long jump), and Brianna Rollins (hurdles).

Marquee sprinters such as Justin Gatlin, Tyson Gay, and Allyson Felix are also on the team.

Taking Symmonds' place in the 800m is Clayton Murphy, who finished fourth at nationals.

The 31-year-old Symmonds is known for taking stances on social and business issues that surround what he believes is a widely corrupt world of track and field. He said he couldn't sit idly by on this topic, believing that giving Nike so much power on what athletes can and can't wear at major events may hinder sponsorship deals down the road.

USATF makes about $20 million a year in a sponsorship contract with Nike that was recently extended to run through 2040.

The federation issued a statement on Monday, saying, "The only restriction USATF places on athletes' apparel or appearance at any time is when they represent the United States in national team competitions, award ceremonies, official team press conferences, and other official team functions tied to these national team events."

USATF said it invests more than 50 per cent of its revenue directly into athlete support.

"We look forward to continuing to expand our programmes for athletes and we hope to see Nick on future national teams," the statement said.

Symmonds was a Nike-sponsored athlete for about seven years before switching to Brooks last year. He did so because "I needed a company that could work with me and match my personality a little bit better", Symmonds said.

He won the 800m at the National Championships in June, finishing in a time of one minute, 44.53 seconds. Symonds decided to skip lucrative competitions in Europe to concentrate on his training in Seattle so he could be in prime shape for Beijing. He felt like he was possibly in even better condition than when he earned silver at the 2013 World Championships in Moscow.

"We're not going to get a chance to find out what I can do," Symmonds said. "That's a travesty."

Although he has an airline ticket and a visa into China, Symmonds isn't sure if he will attend as a spectator or watch from home.

"I want to apologise to the fans who want to see me run," Symmonds said. "I just feel that I can't go out there and put on that Team USA jersey and feel good about it, while all the athletes are being mercilessly bullied and threatened by USATF at the same time."