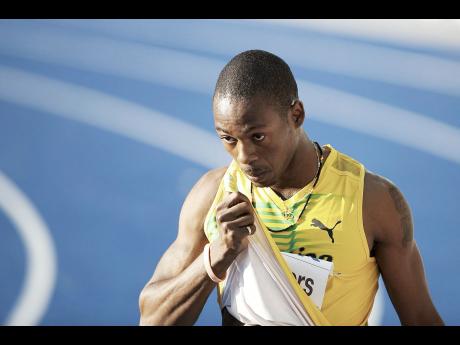 It was a puzzled Ricardo Chambers who spoke to The Gleaner yesterday after Jamaica's team to the IAAF World Athletics Championships in Beijing, China, was named Monday night and he was not on the roster.

Chambers, who has a season best time of 44.93 seconds, set during the semi-finals at the just concluded NACAC Senior Championships in Costa Rica, was expecting to be a member of the strong mile-relay team in Beijing.

He had finished third at the National Championships in June, but was disqualified because of a lane violation. Still, he believed his performance in Costa Rica, where he won bronze in finals in 45.27, would have ensured him a spot on the team.

"I am really puzzled why I am not on the team. Because of my performances during the last part of this season, I would have assumed that I would have been selected for the four by four," he said.

"I know that I was disqualified at the national trials for stepping on the line, but according to the rules, the first three are selected, but the next two are at the discretion of the selection committee, so I am not sure.

"It is puzzling to me, but I give God thanks for remaining healthy this season," he said.

Plagued by injury over the past three seasons, this has been the healthiest Chambers has been since 2010, when he clocked 44.54 seconds and was the second fastest Jamaican that year behind then clubmate Jermaine Gonzales, who set a National Record of 44.40 in Monaco.

The return to health and the gradual improvement of his times, he hoped, would have been good enough to get him on the team to Beijing, a goal he had set for the current season.

"I am very disappointed that I didn't get selected," he said. "Up to a few days ago, in my mind I was going to the World Championships based on my performances. After the team was selected and the addition with the NACAC guys and I wasn't on the team, I was very disappointed because at this time Jamaica has a really good chance at a medal in the four by four and if I was on the team, based on my performance, we would have a really good chance at a medal."

He said, though, that not being selected has only served to fire him up for next season when Jamaica will be sending a team to the Olympics in Rio, Brazil.

"It gives me more motivation towards next year. Every single time I step on the track next season, I am going to remember that I need to win the trials to make sure that I guarantee my spot on the team to Rio. So I am going to be training smart and hard next year," he said.

Chambers, who turned pro during his junior year at university, returned to the USA last year to complete his degree at Florida State University. He missed his graduation on August 8 so that he could compete at the NACAC Championships.

"This season, I compromised so much for track. Going to school and doing track didn't allow me to spend any time with my family. It was worth it because I ended up going to NACAC and getting a season's best. I am back in 44 shape again. It's been years since I last ran 44 because I have been injured, but it's time now to get back where I was and go after the national record. I have the talent, experience and everything I need to go after that record," he said.